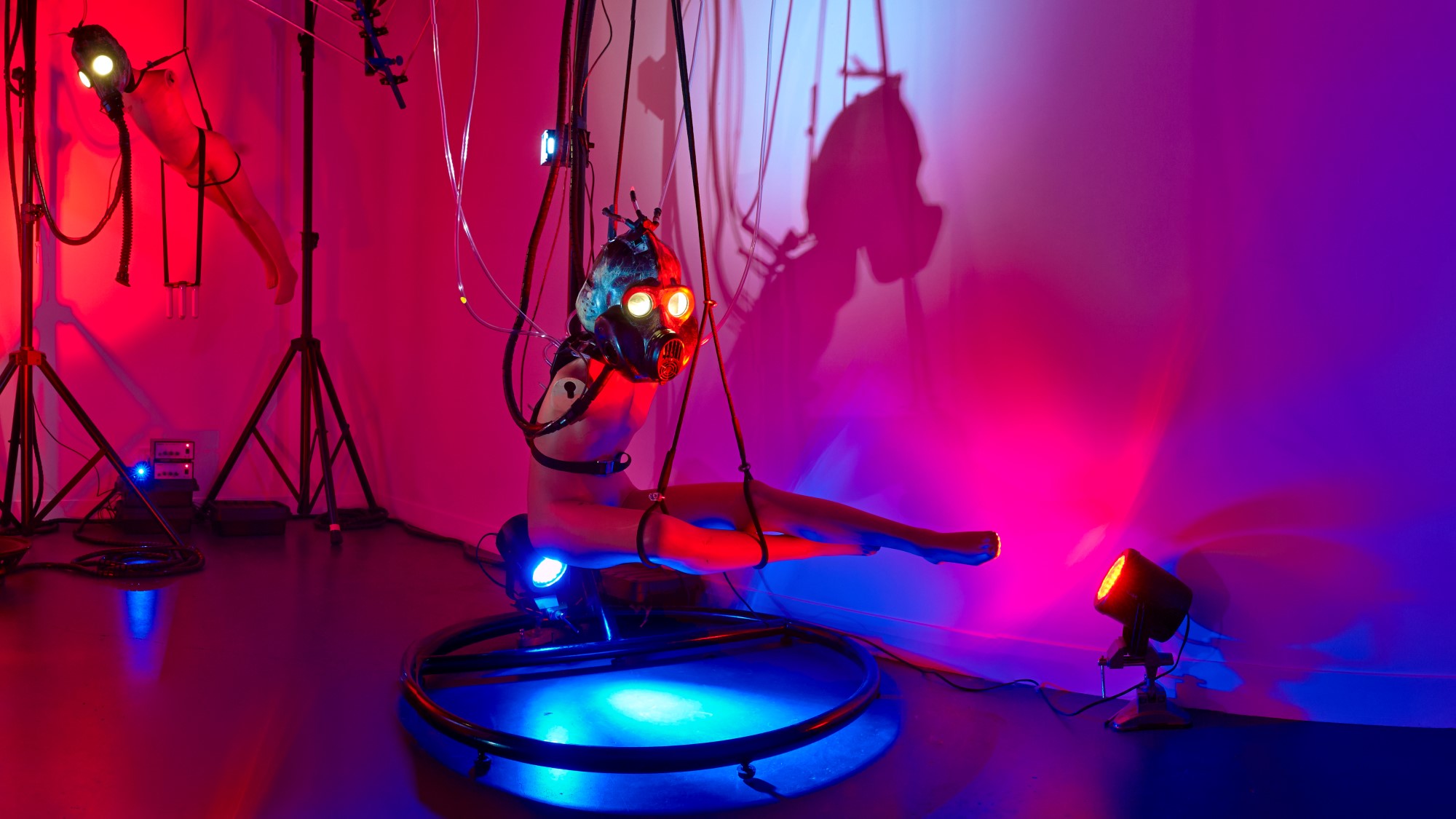 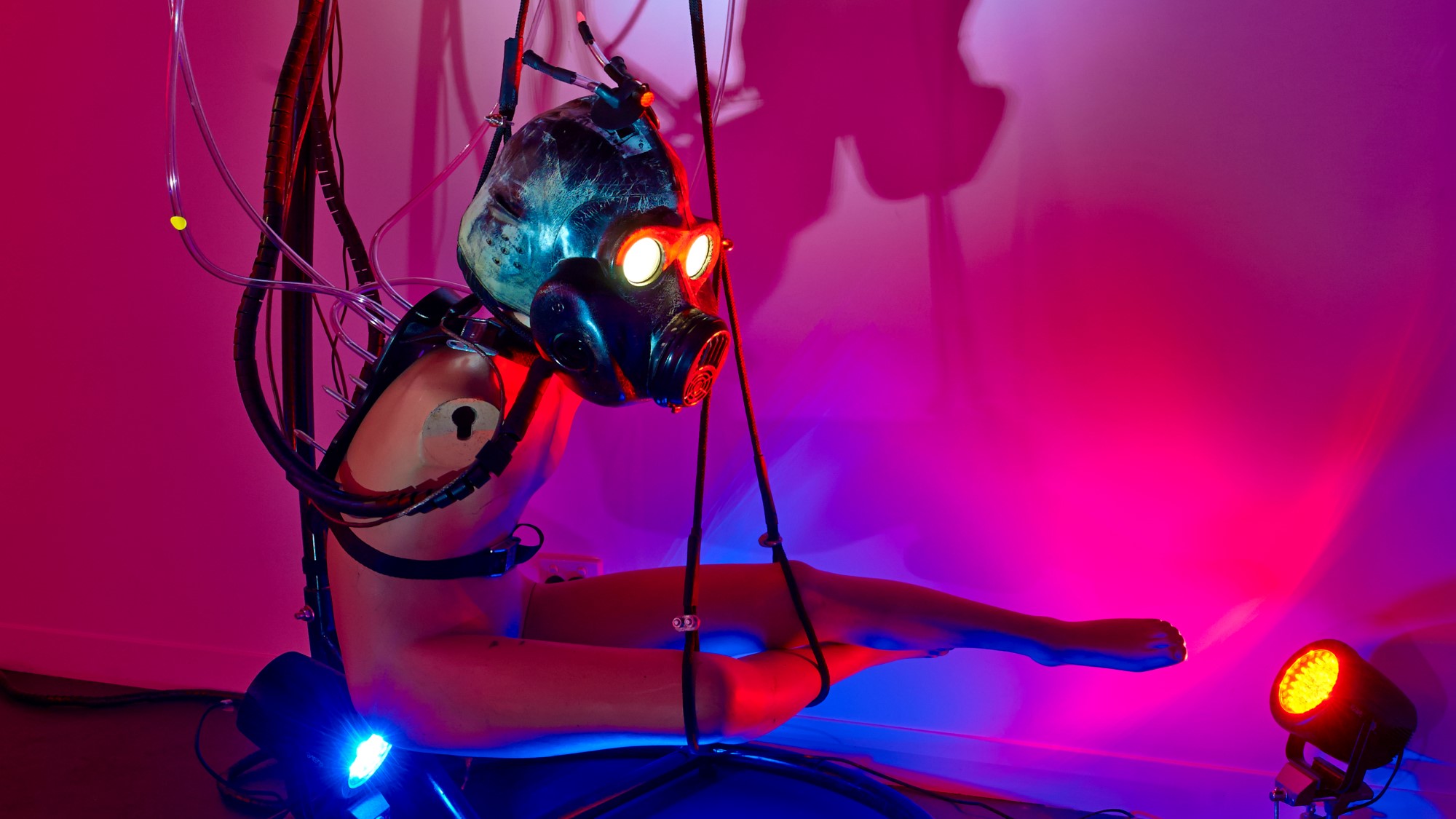 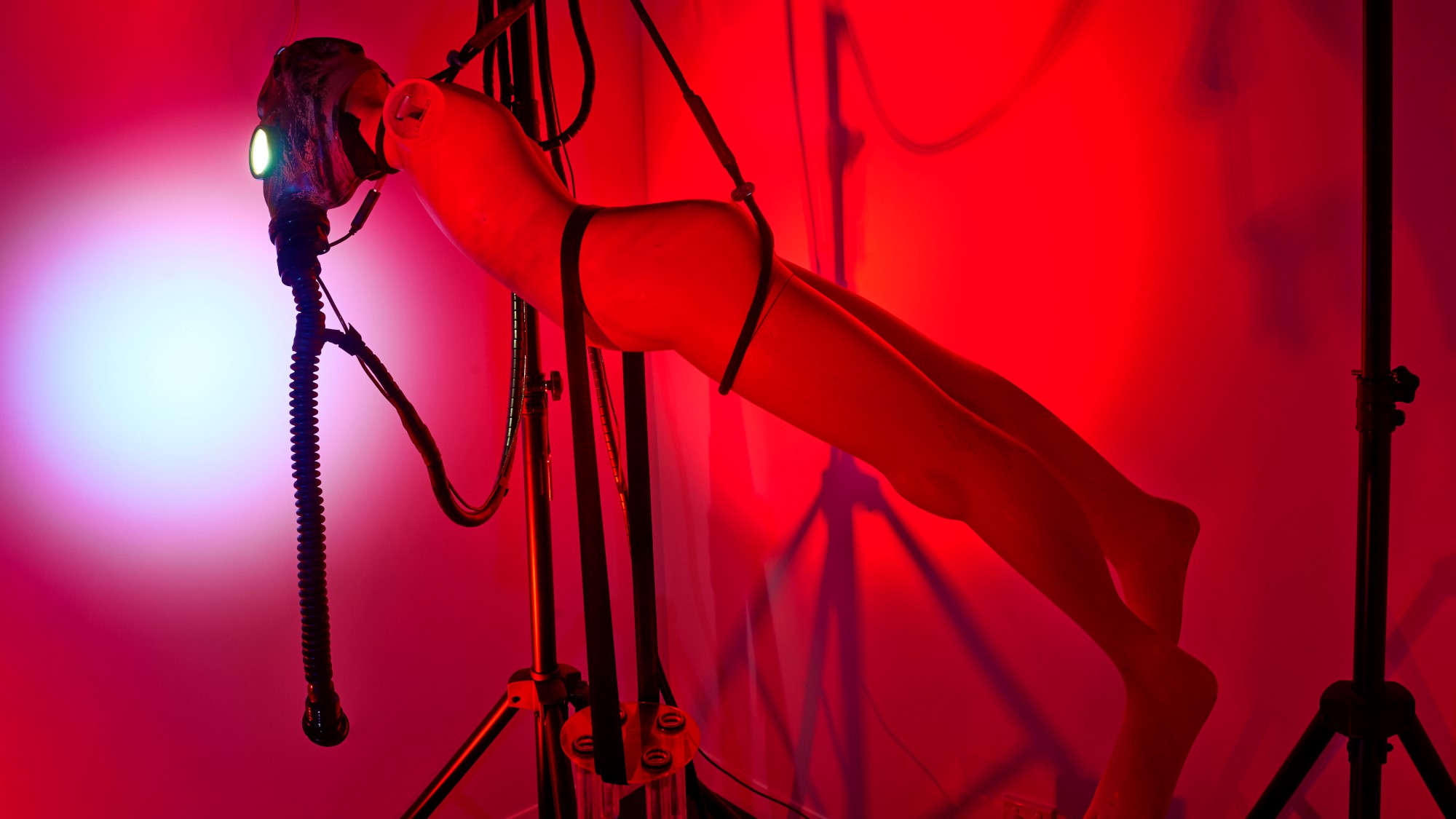 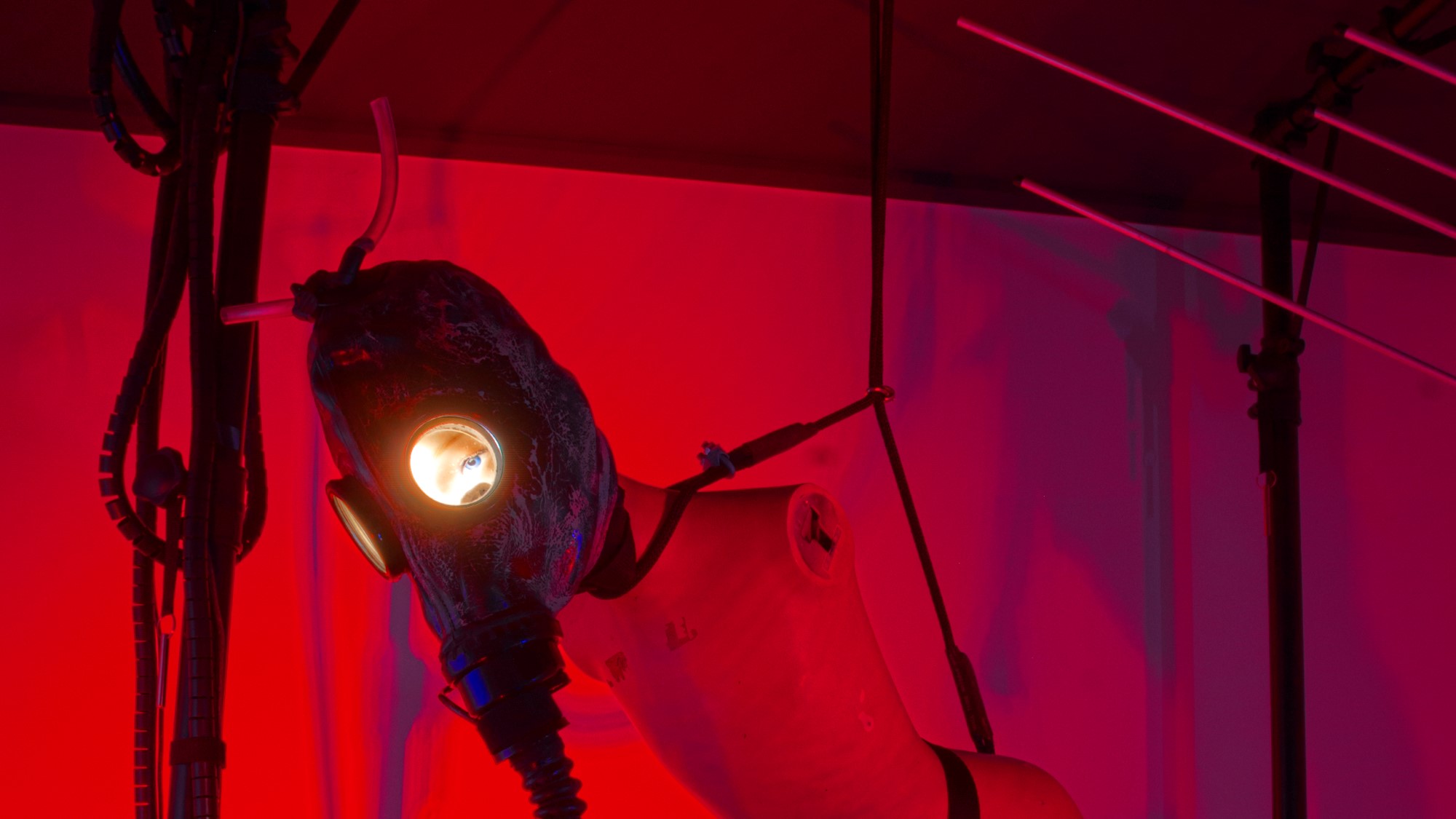 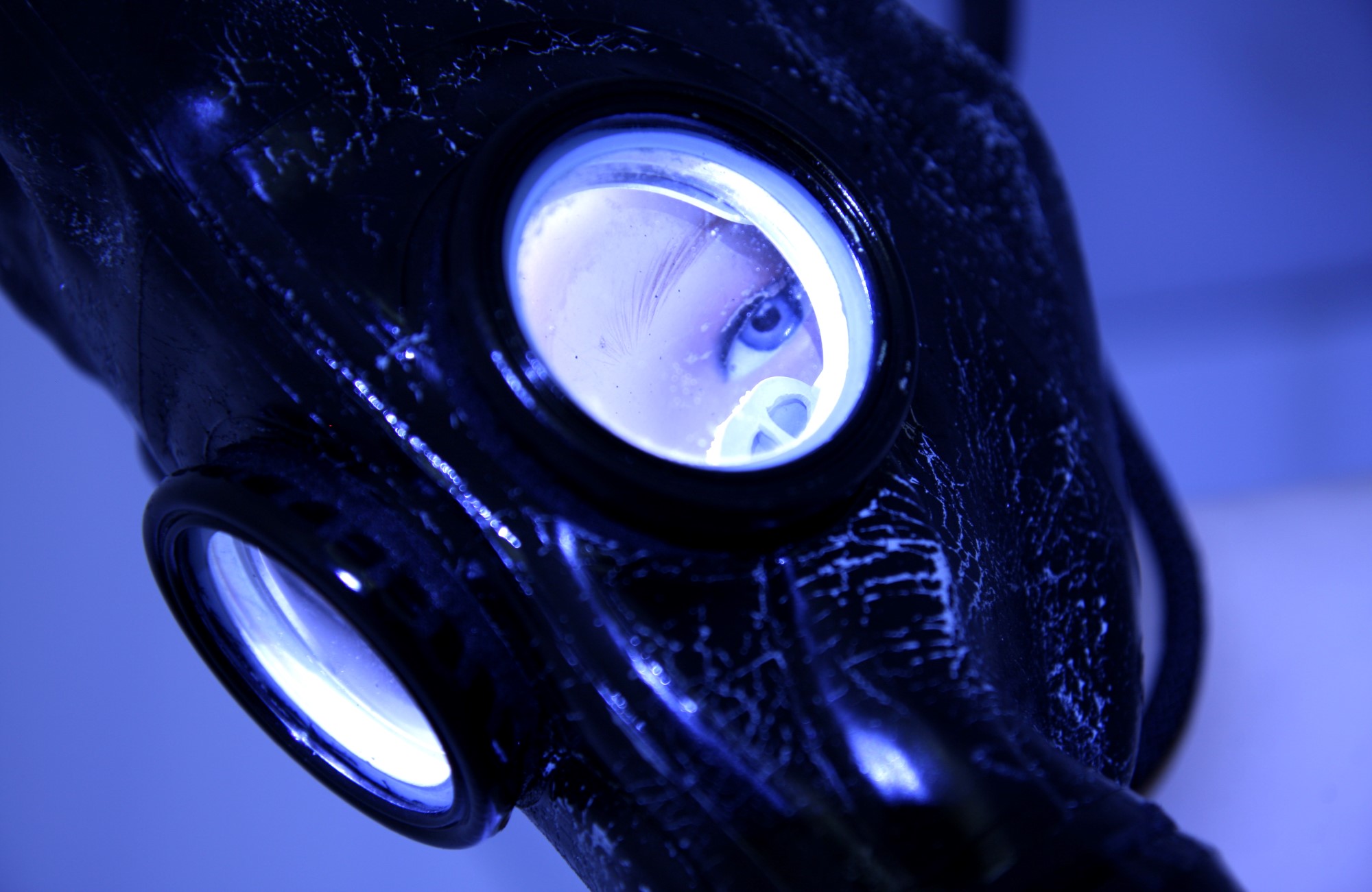 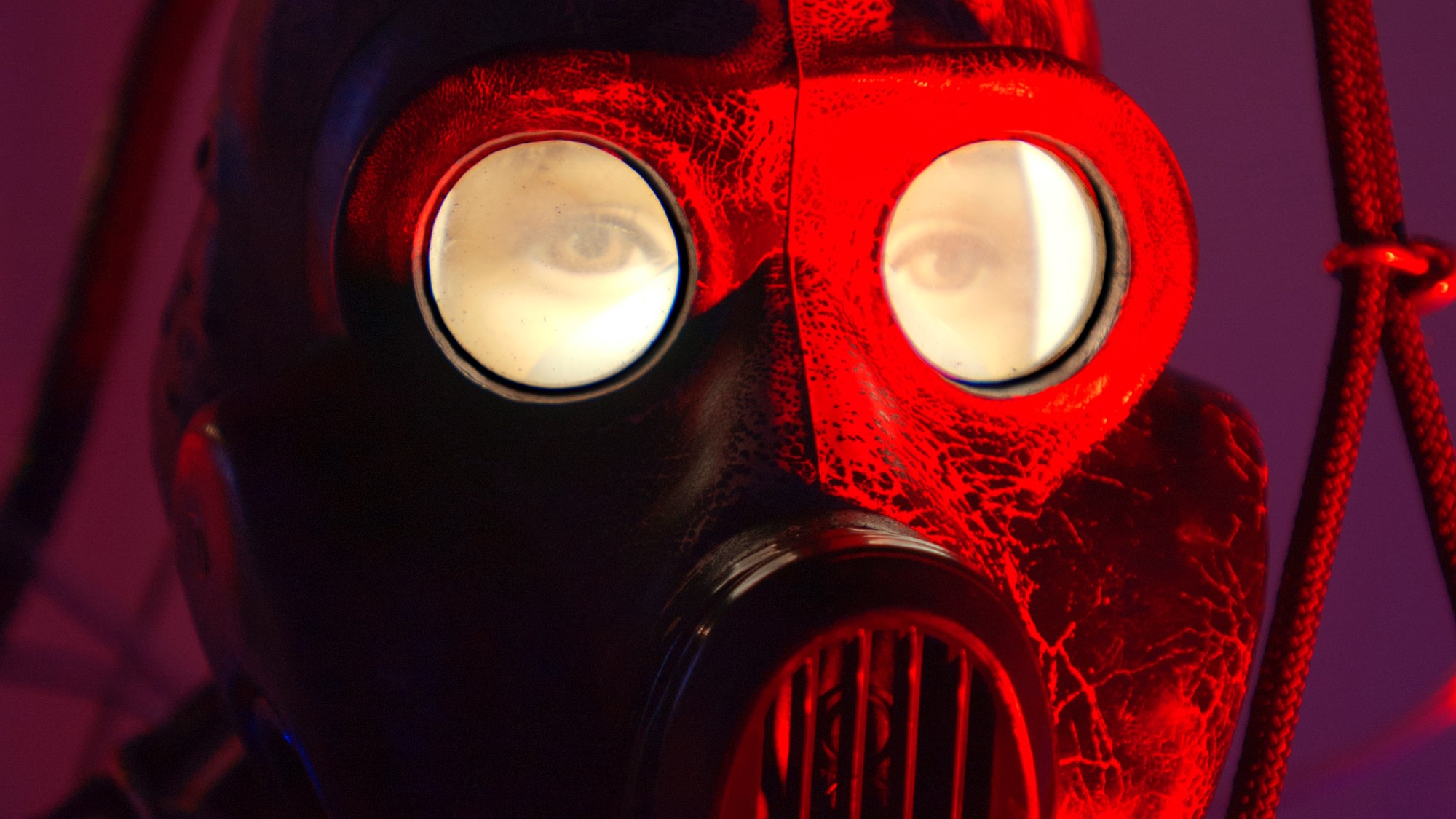 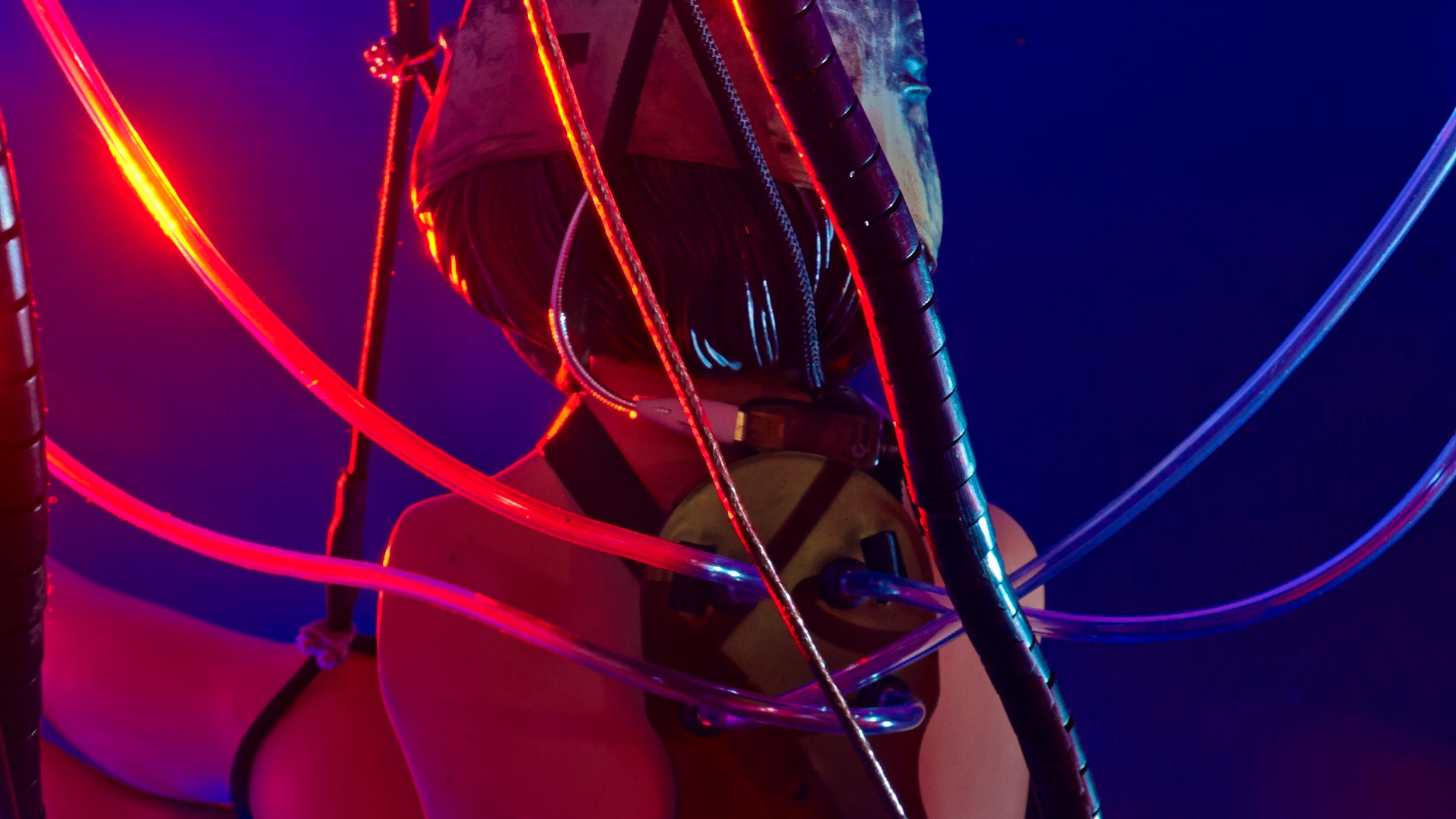 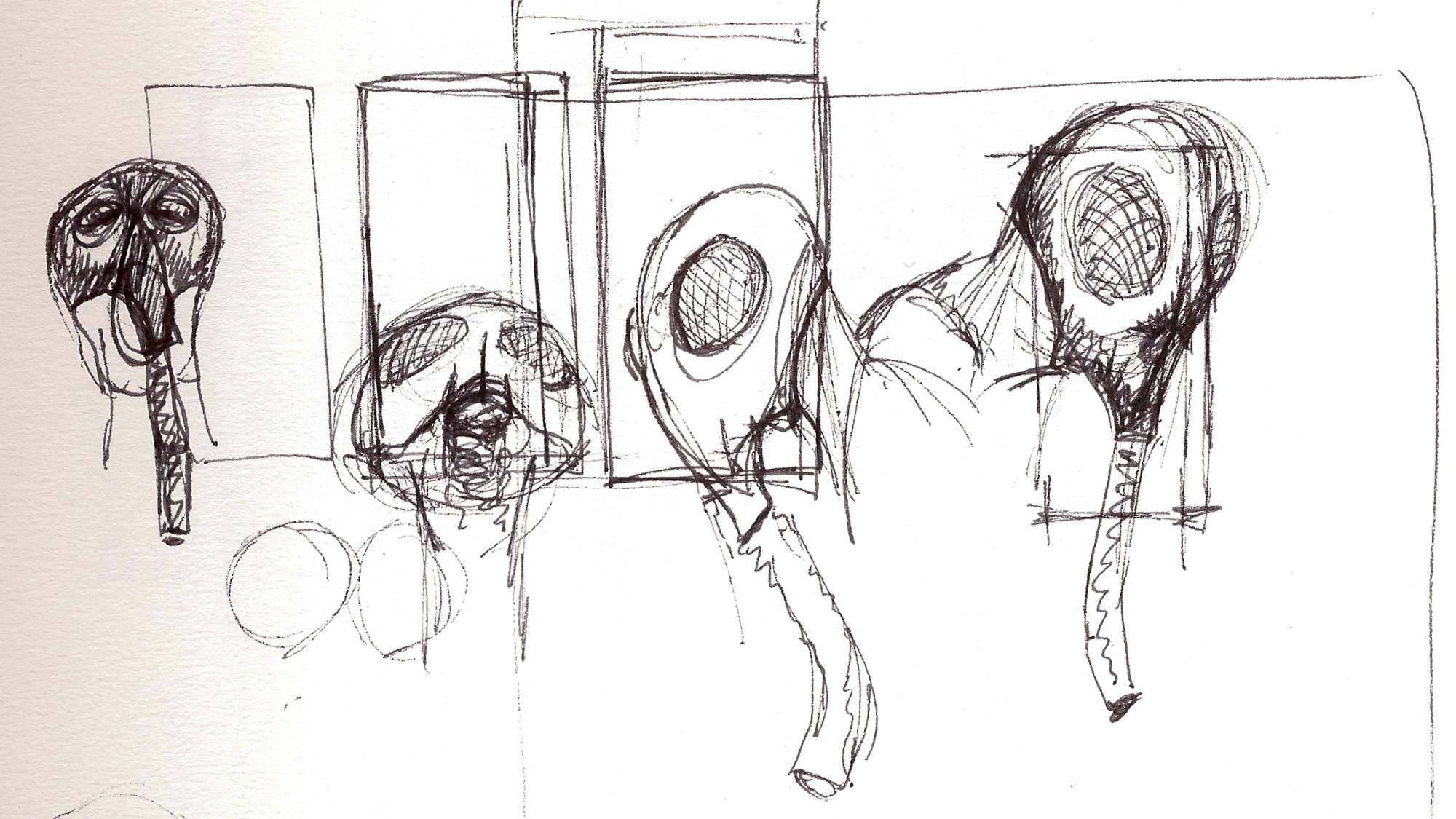 Conceptually, the work intersects with the issues of climate change, the handing down of problems from one generation to the next, and the dystopian future that may well come from the failings of contemporary society. Visually and aurally the work plays with the notion of the mirror, or perhaps more specifically, the doppelganger, the absence of the real, the faux, the copy, the recycling of ideas and materials, the reflection, the dummy as representative of a future generation, the crooner’s ghost as baby boomer residue. Cycles within cycles abound in the sonic structure of the work and this is referenced in the visual aspects of the work. The gas-masked dummy children recall archetypes from traditional art. There is the cherub as quoted by the suspended dummy, there is the bather as referenced by the sitting dummy, and there is the naked child – once a symbol of the eternal purity of the divine, which somehow in contemporary times, has sadly and recursively mutated into being an emblem of child pornography. In You Make Me Feel So Young, by having the dummy children suspended in black, bondage-like tourniquets, I am referencing the contemporary degradation of the sanctity of children; and an unfortunate climate challenged future — where the innocent child may well have to face our dystopian societal failure, which will lead them, and us, far from innocence.

Issues surrounding climate change are critical to the subject matter of You Make Me Feel So Young. In 2009 Professor Ross Garnaut (a climate change advisor to a former Australian Government) published The Garnaut Climate Change Review. In that review Garnaut writes that “the influence of human activities on regional activities can be established for every continent except Antarctica” (Garnaut 2009, 83). Should we fail to take responsibility then “the problems of unmitigated climate change will be for all humanity” (Garnaut 2009, 593).

“A decidedly fresh take on the Neo Gothic.” Ashley Crawford, The Age, 2009.