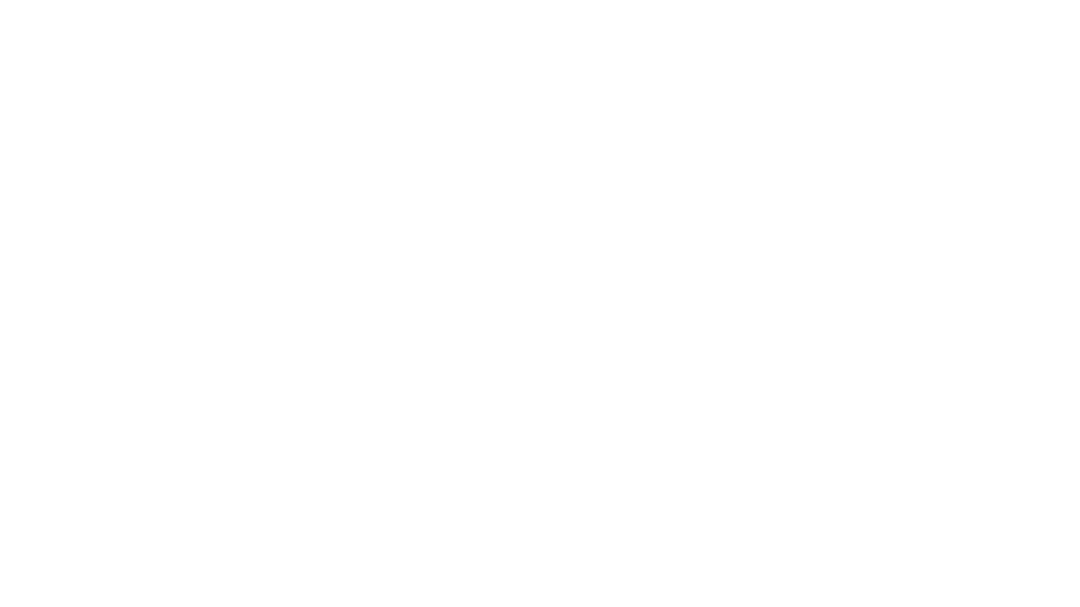 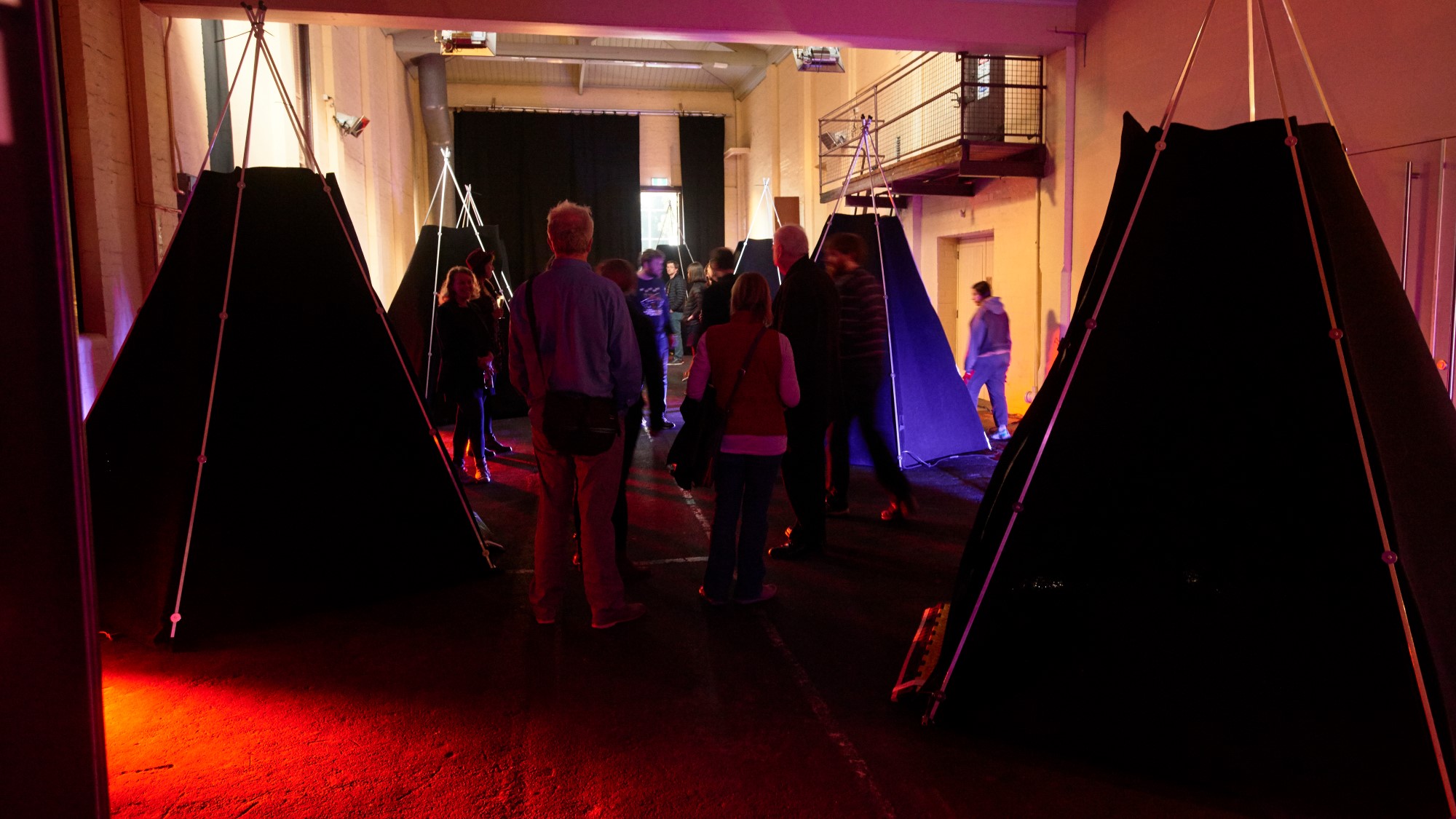 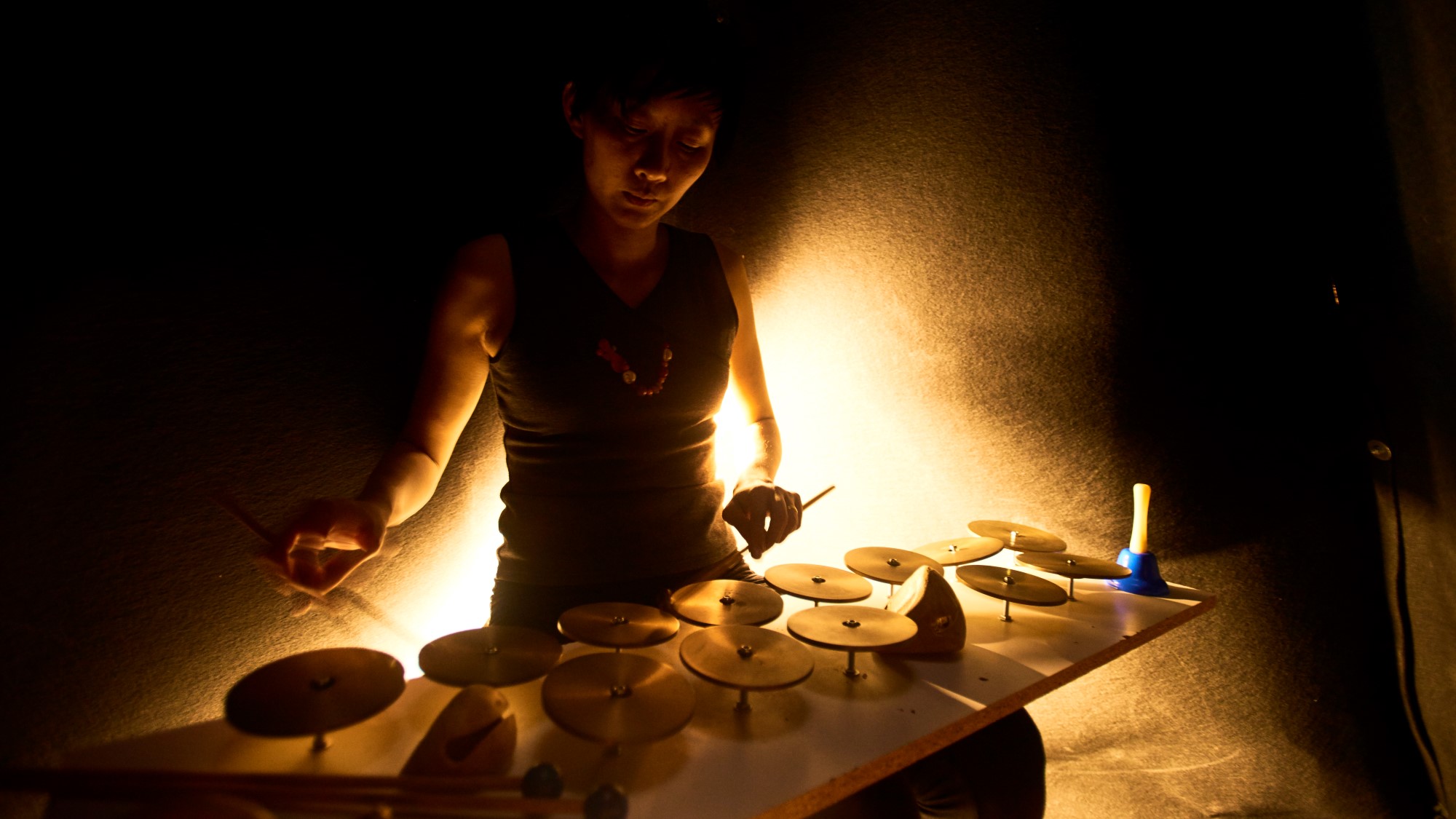 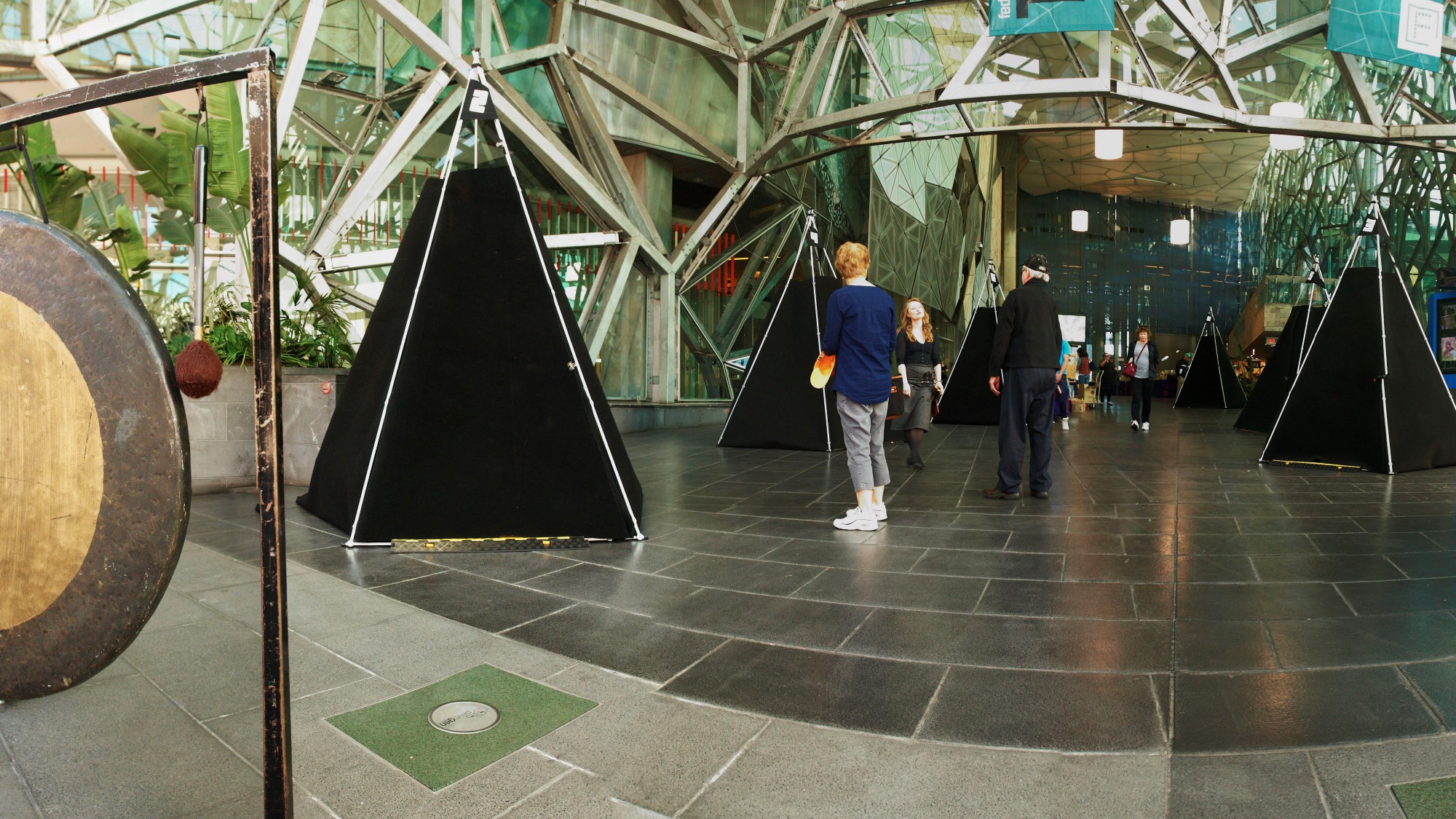 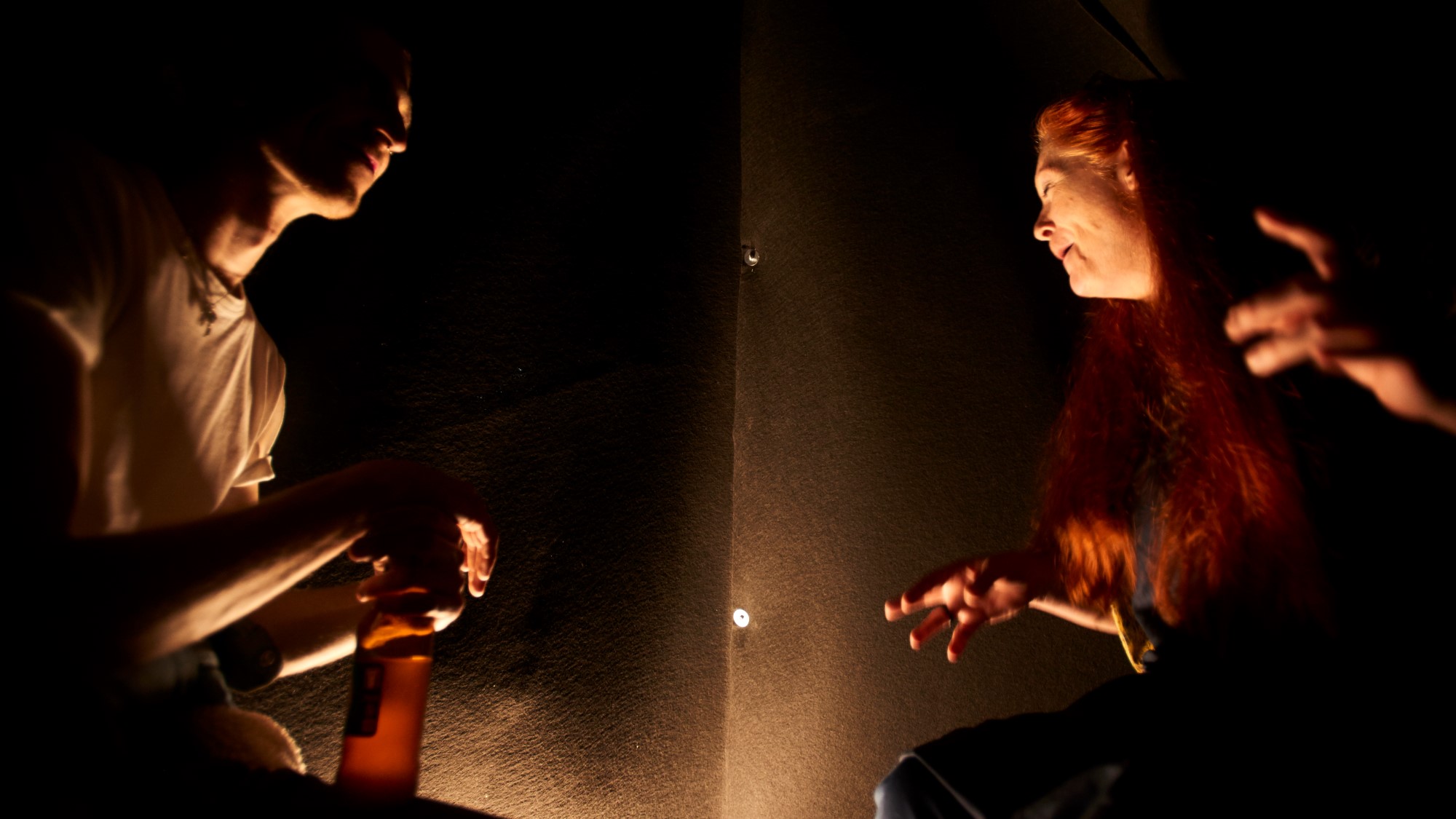 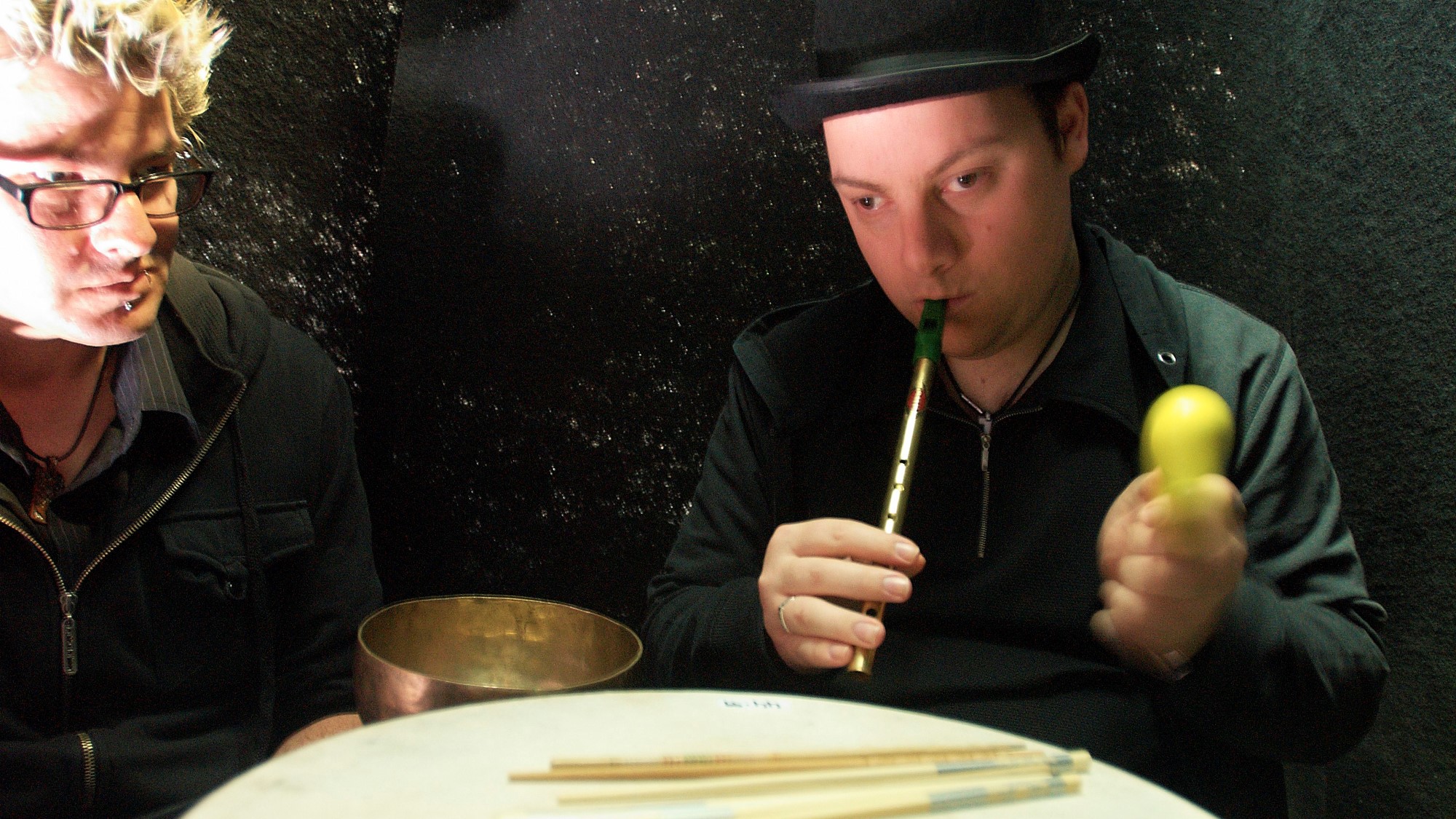 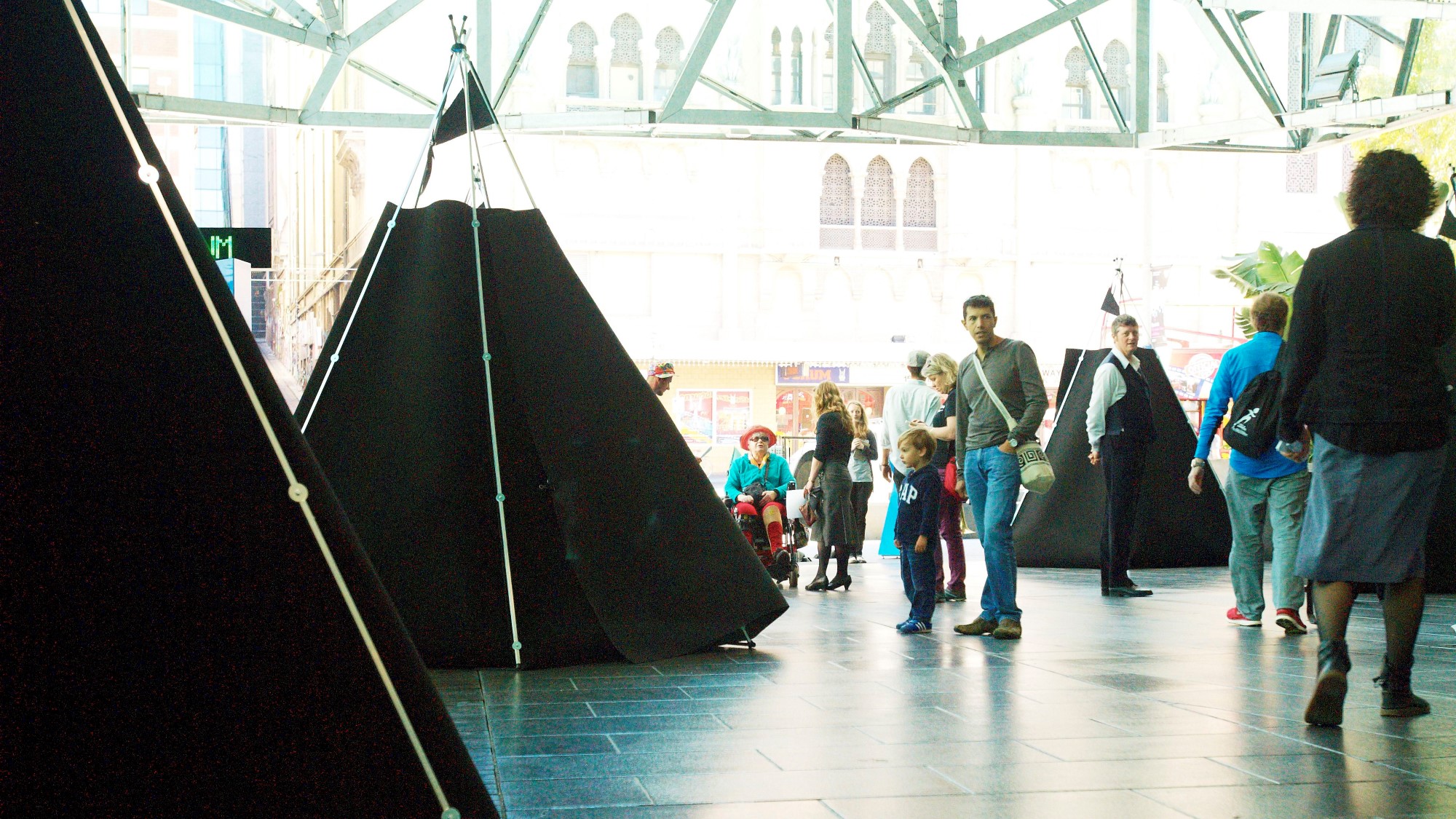 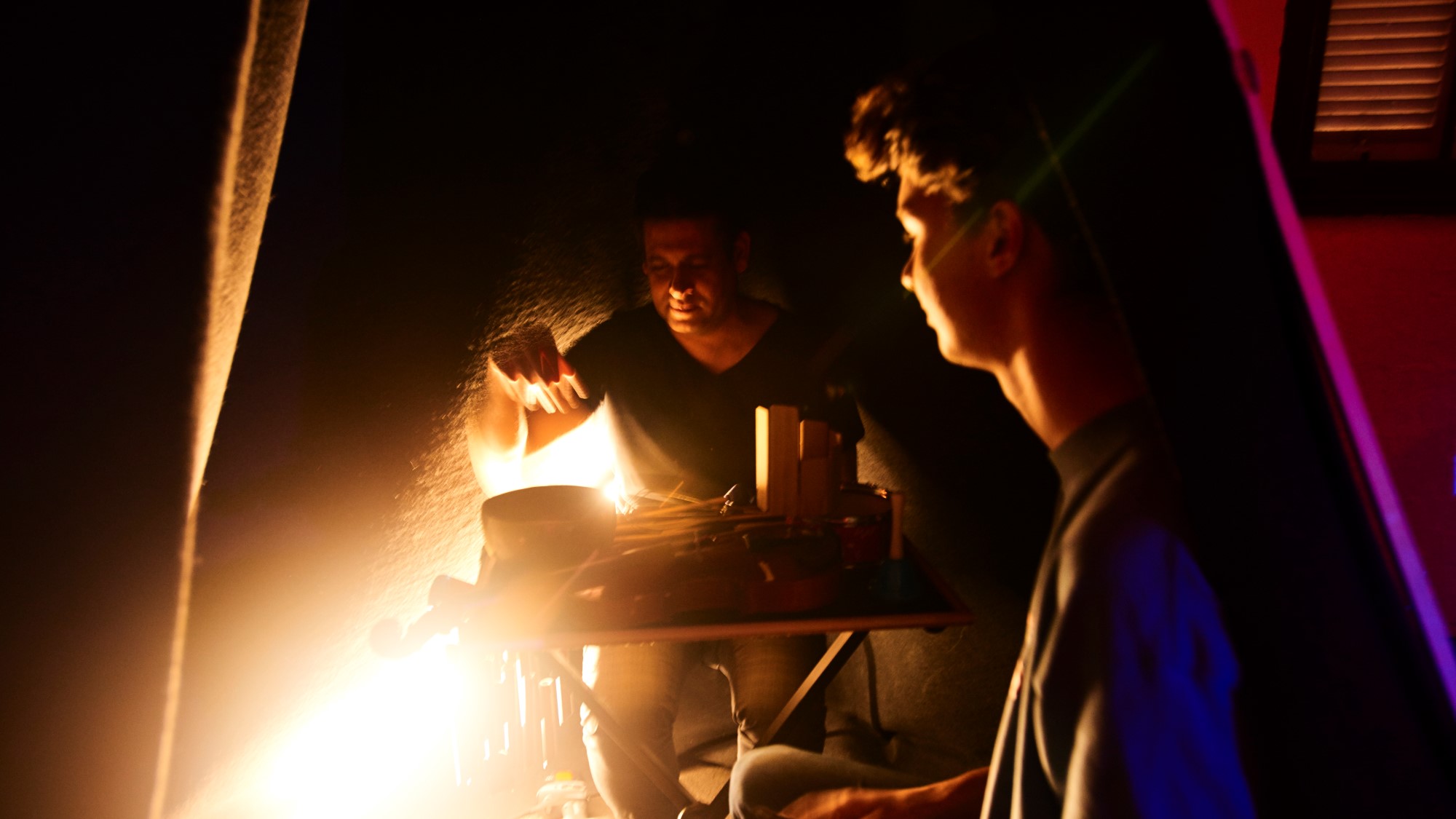 Presented in public spaces as a gathering — or flock — of black teepees, each tent big enough for just two people. Within each, a brief work of sonic performance unfolds, a work solely for you – the only other person in the room. Sonic Flock is a collective work that celebrates the fluid creativity of communities.

The Sonic Flock is an experiential aural exhibit with a decidedly intimate twist – a free-form, immersive sonic art action with a rotating roster of dynamic local and international performers. Aside from the tepee design, the work also consists of a set of instructions, which are then expressed by improvising artists.

“Sonic Flock, described as “an experiential aural exhibit”, took place nightly in the foyer, where seven two-person-sized cloth tepees had been set up in close proximity to one another. Each tent contained a musician (who would later take part in a performance on the main stages) with their instruments/accoutrements, and audience members were encouraged to wander through the space and step into any tent for a few minutes to experience an intimate, one-on-one sonic performance. This functioned as a liminal space preparing audience members for the visual and aural immersion to follow, but also, beautifully and simultaneously, all the sounds from the various tepees in the foyer melded into an accidental acoustic cacophony.” Limelight Magazine, 2016.