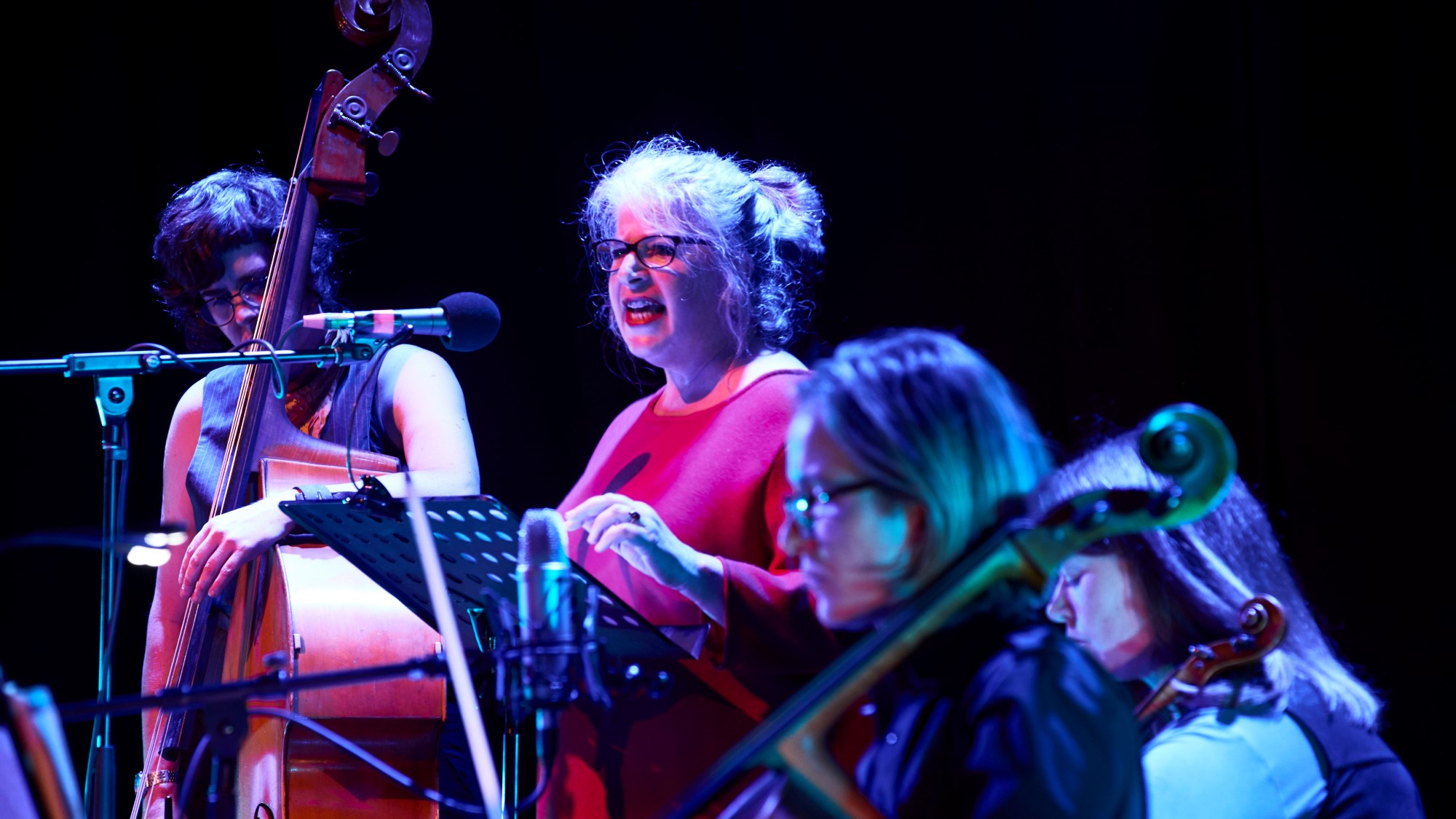 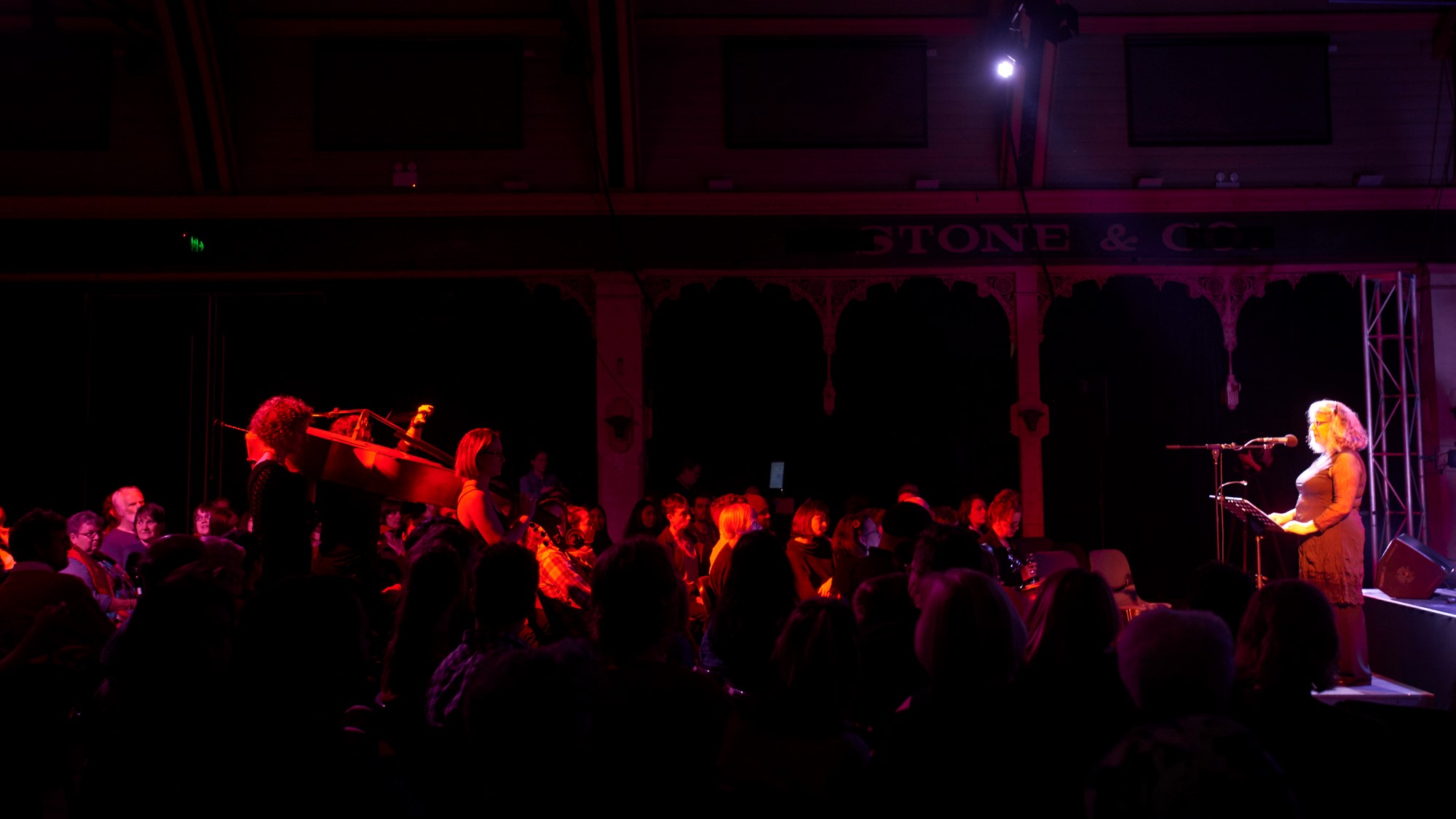 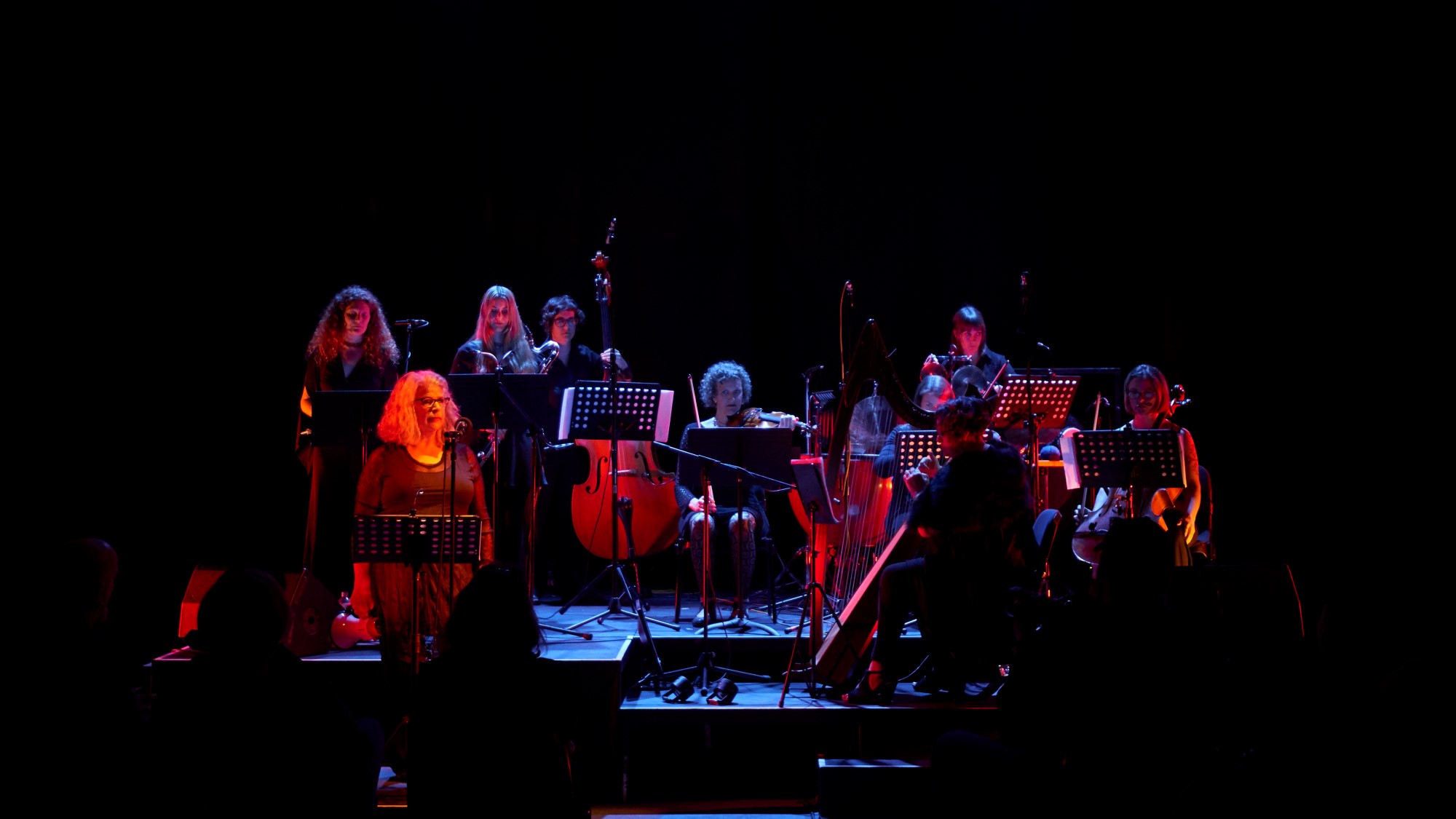 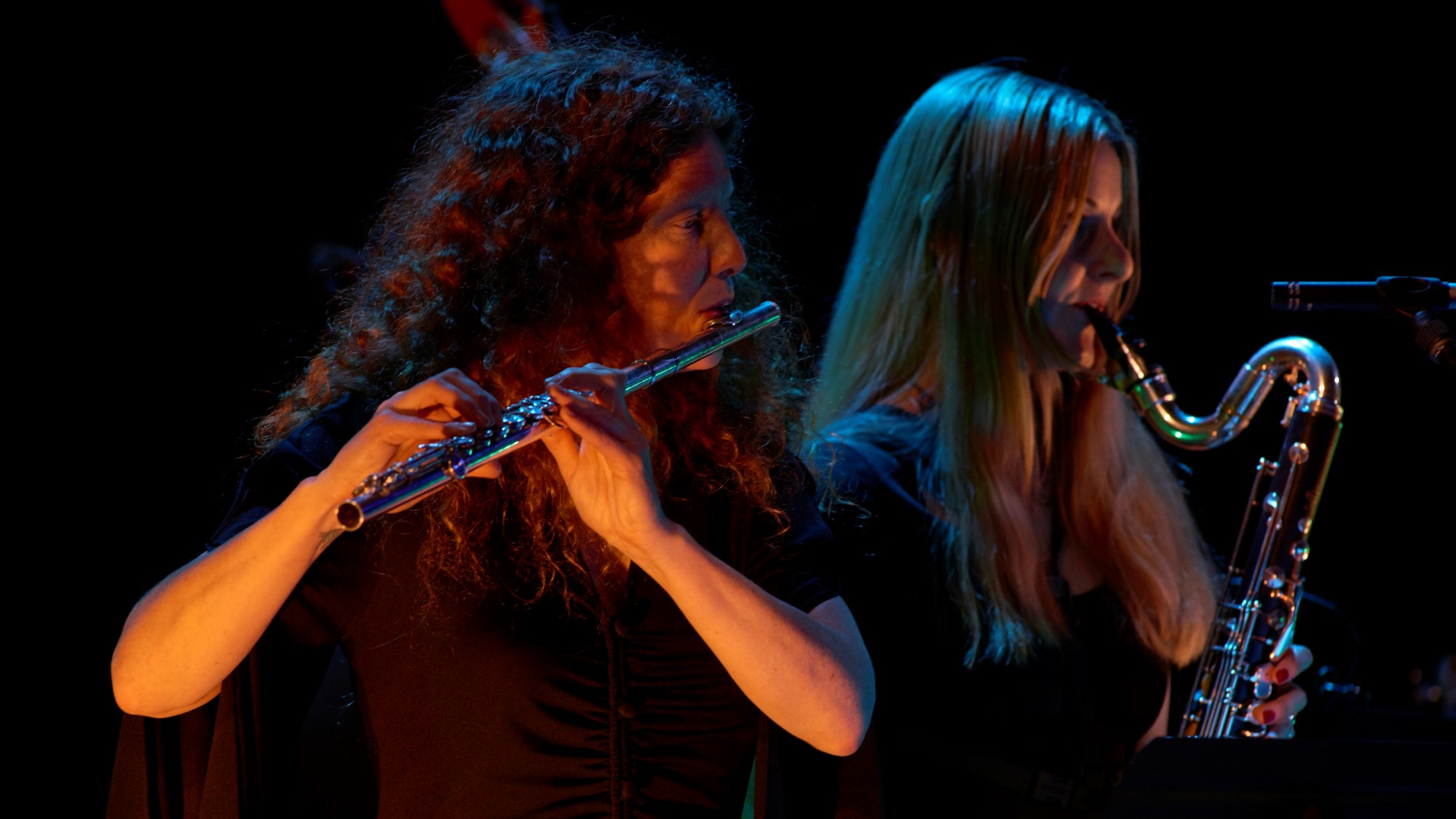 Slow Riven Whirl features text created from the perspective of a father wishing to understand the challenges his young daughters will face as they grow into adulthood. Text rotates around the contemplation of remarkable women felled by misguided communities. Performed by BOLT’s octet formation, featuring legendary Australian poet berni.m.jansen as orator of text, and written by )-(u||!c|< for his daughters.

“The piece followed a trajectory in which the ensemble broke free of its hushed beginnings, mirroring second-wave feminist anger in the time of Plath, Silkwood and Parkes, an anger that had been bubbling under society’s surface since Sappho.”

“Slow Riven Whirl …weav(es) around a piece of text written by James Hullick for his two young daughters, Astrid and Scarlet. This work contemplated four remarkable women asphyxiated by their communities – Rosa Parks, Karen Silkwood, Sylvia Plath and Sappho, and epitomised the overriding conceptual framework of and impetus for the entire Book of Daughters project, which was “to transform a dialogue about daughters into an inclusive expression of sonic art in the 21st century.””

This project was supported by the Victorian Government through Creative Victoria.