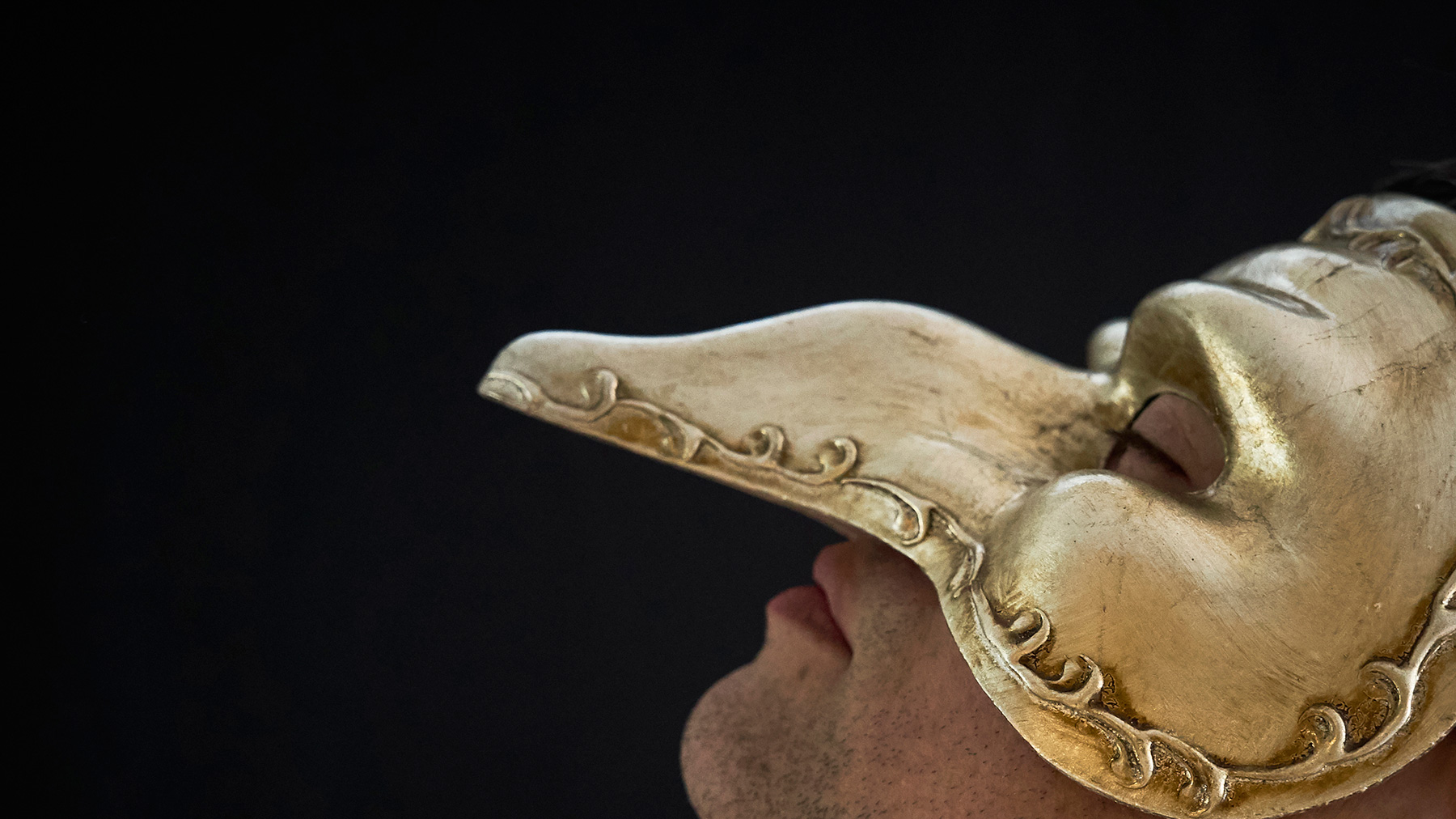 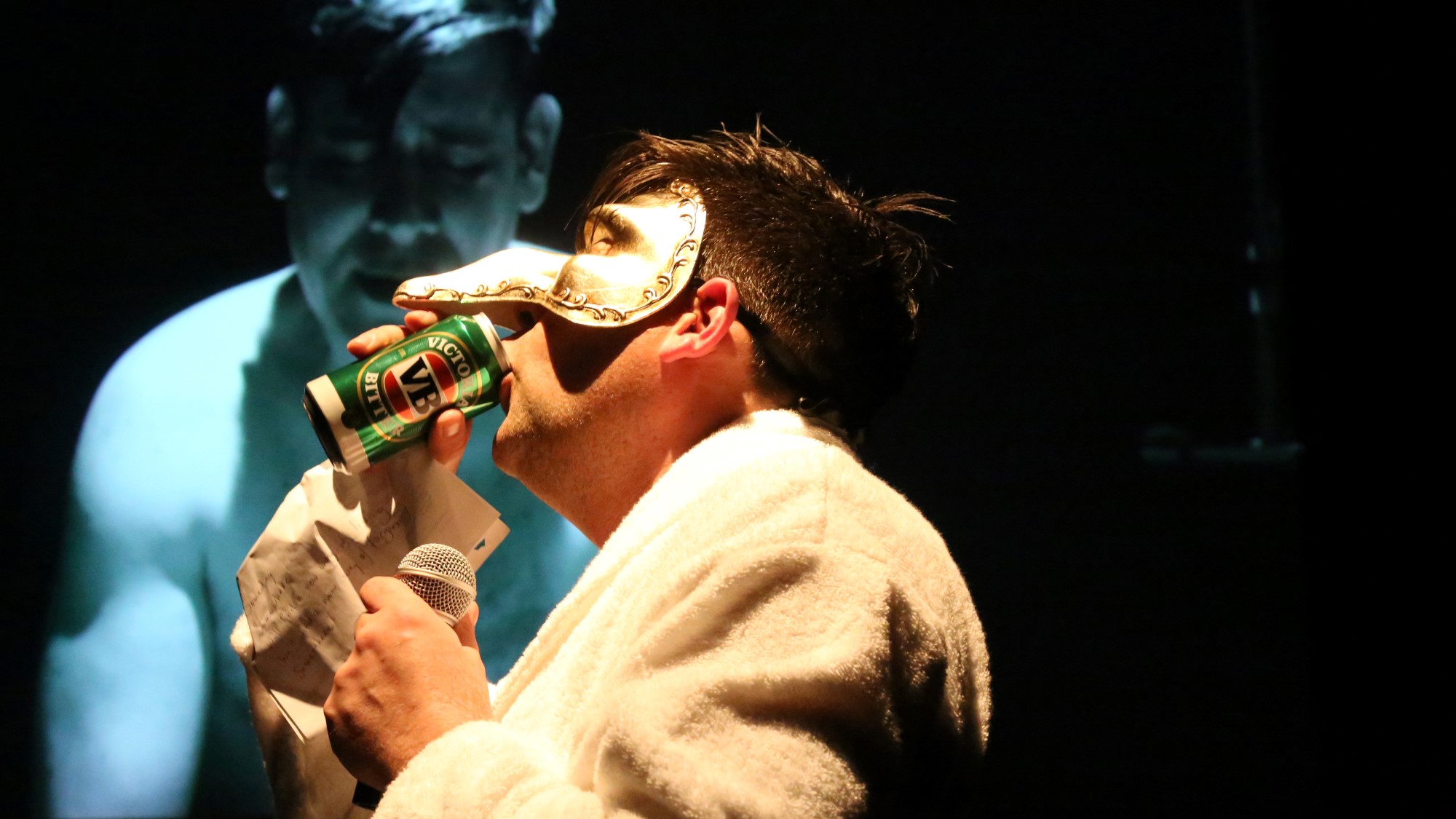 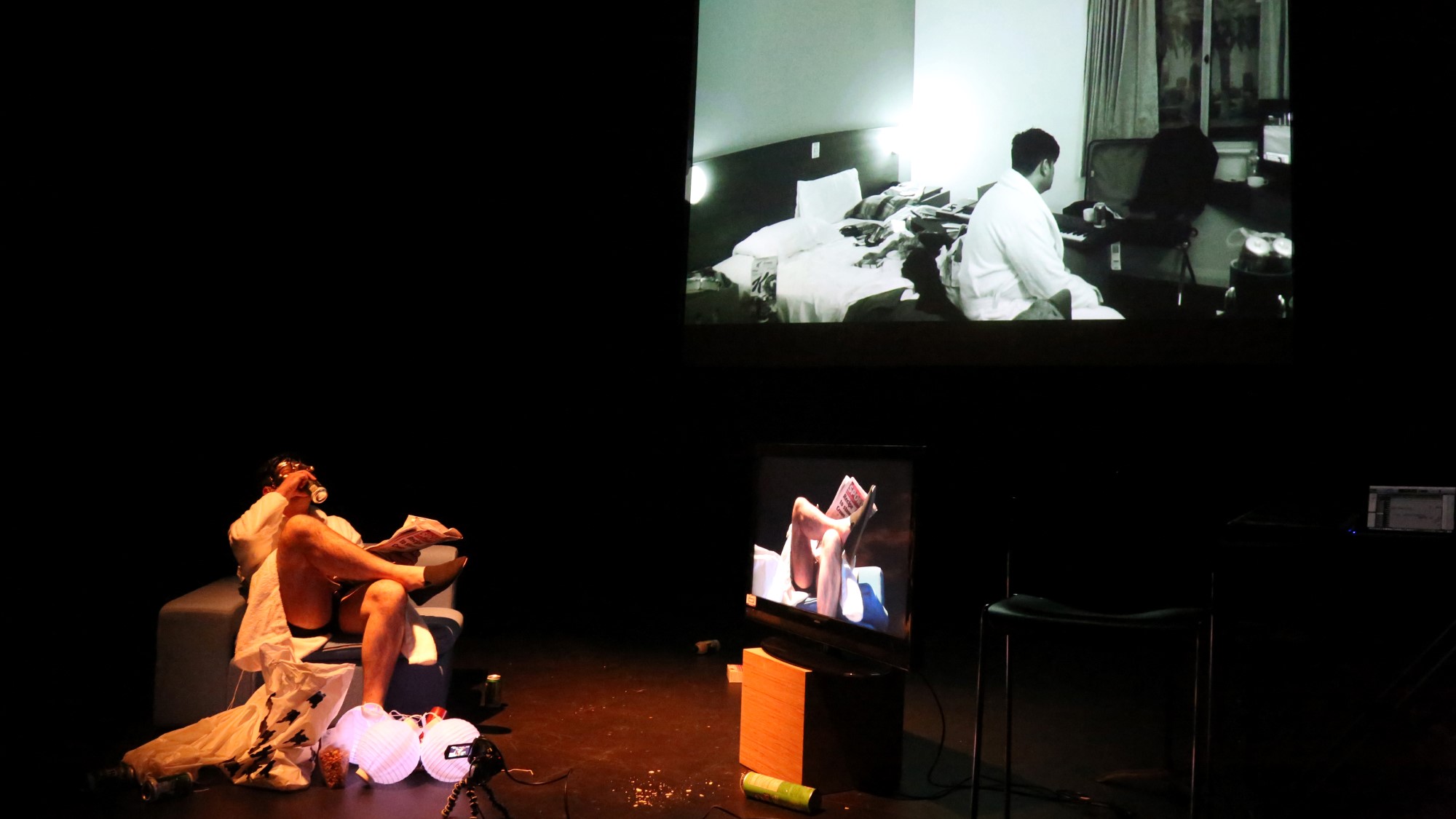 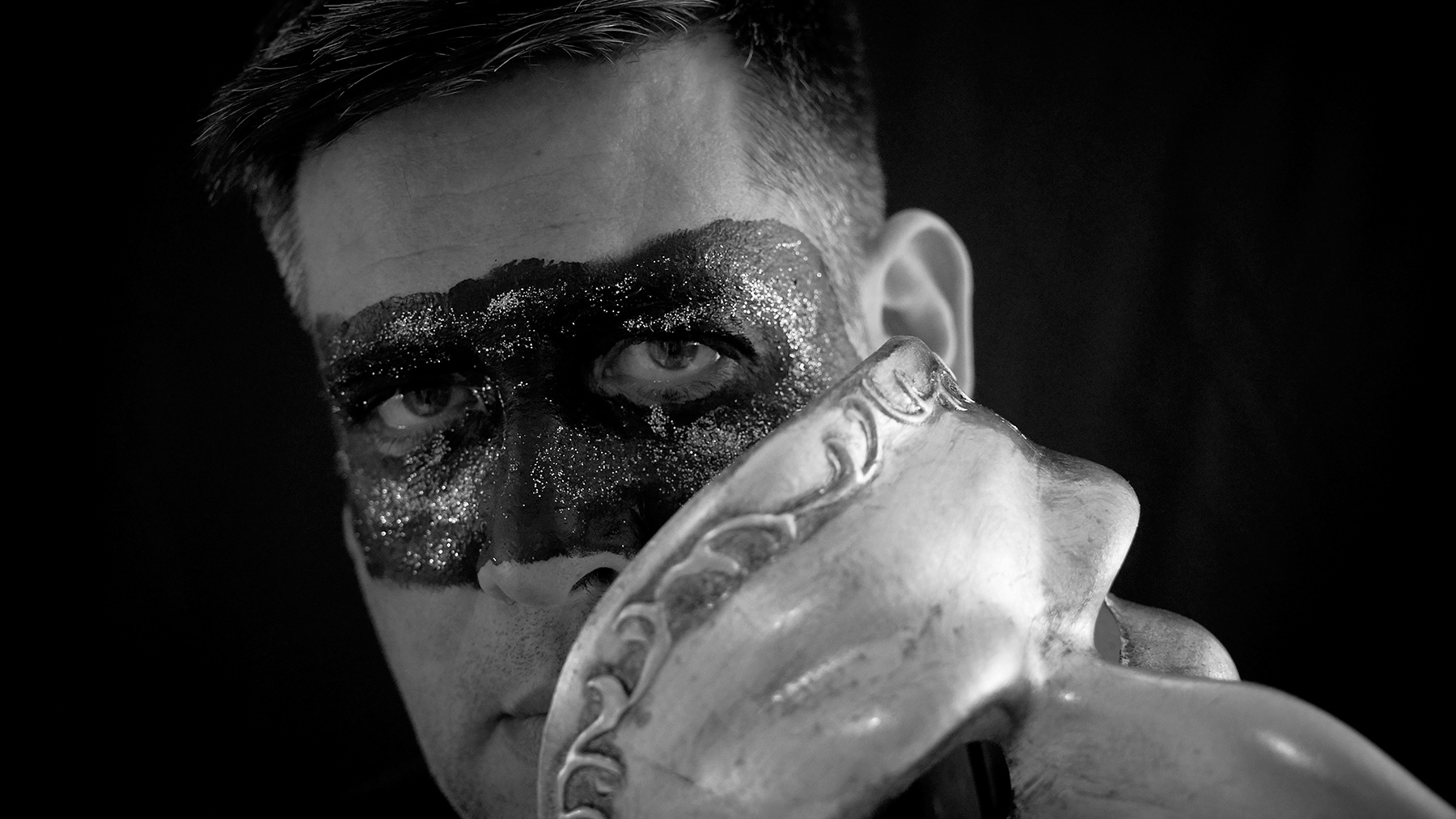 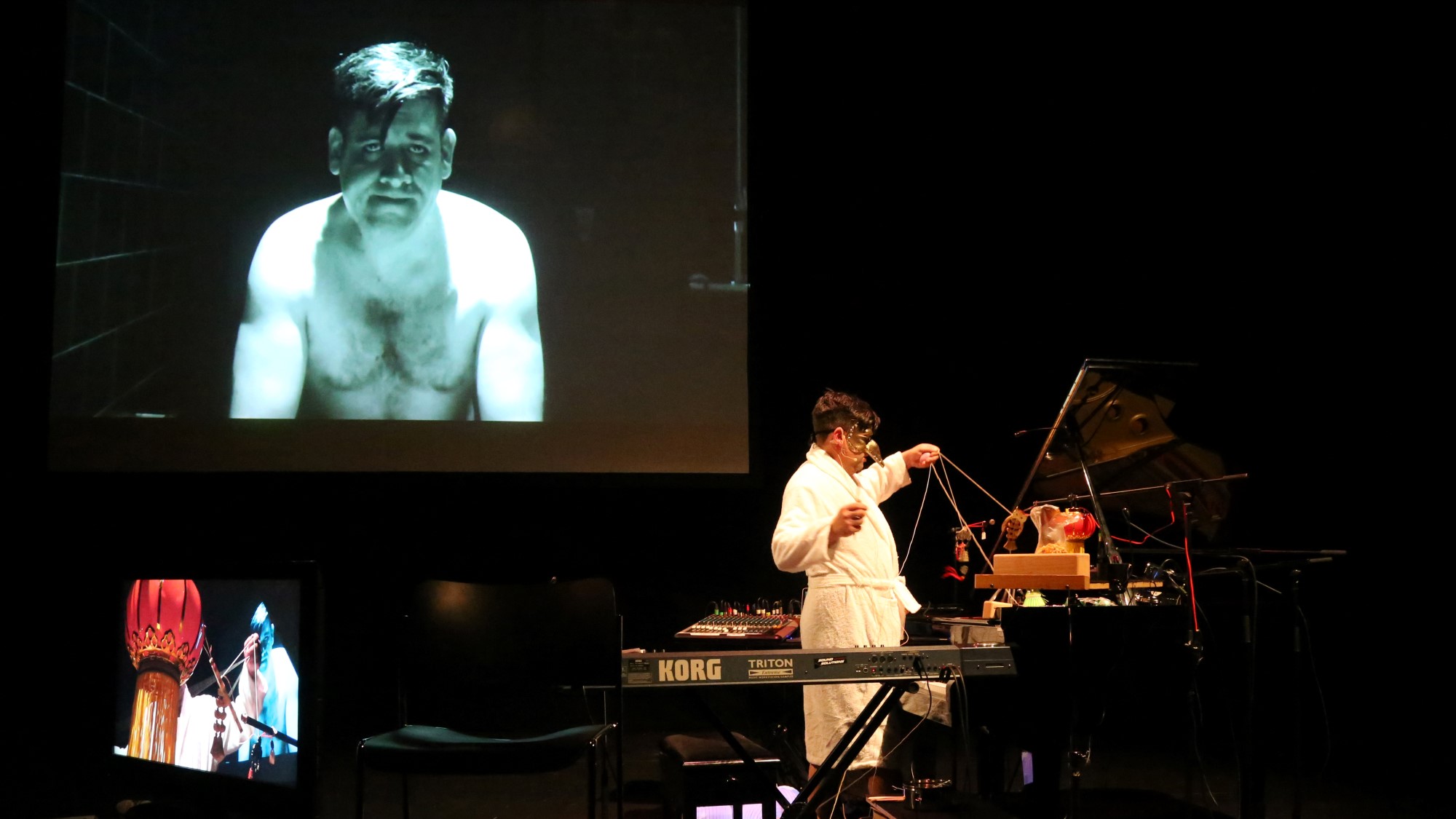 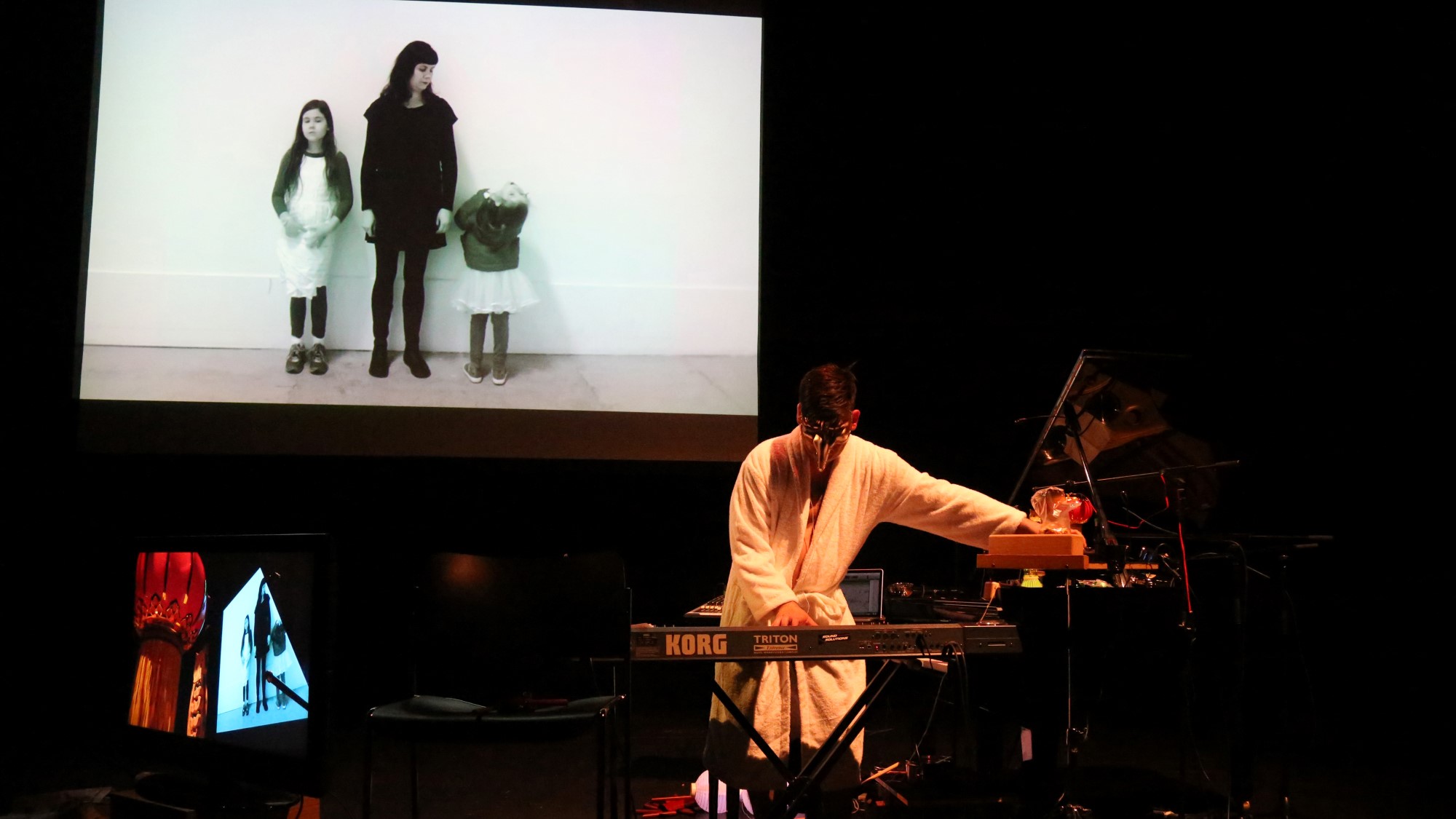 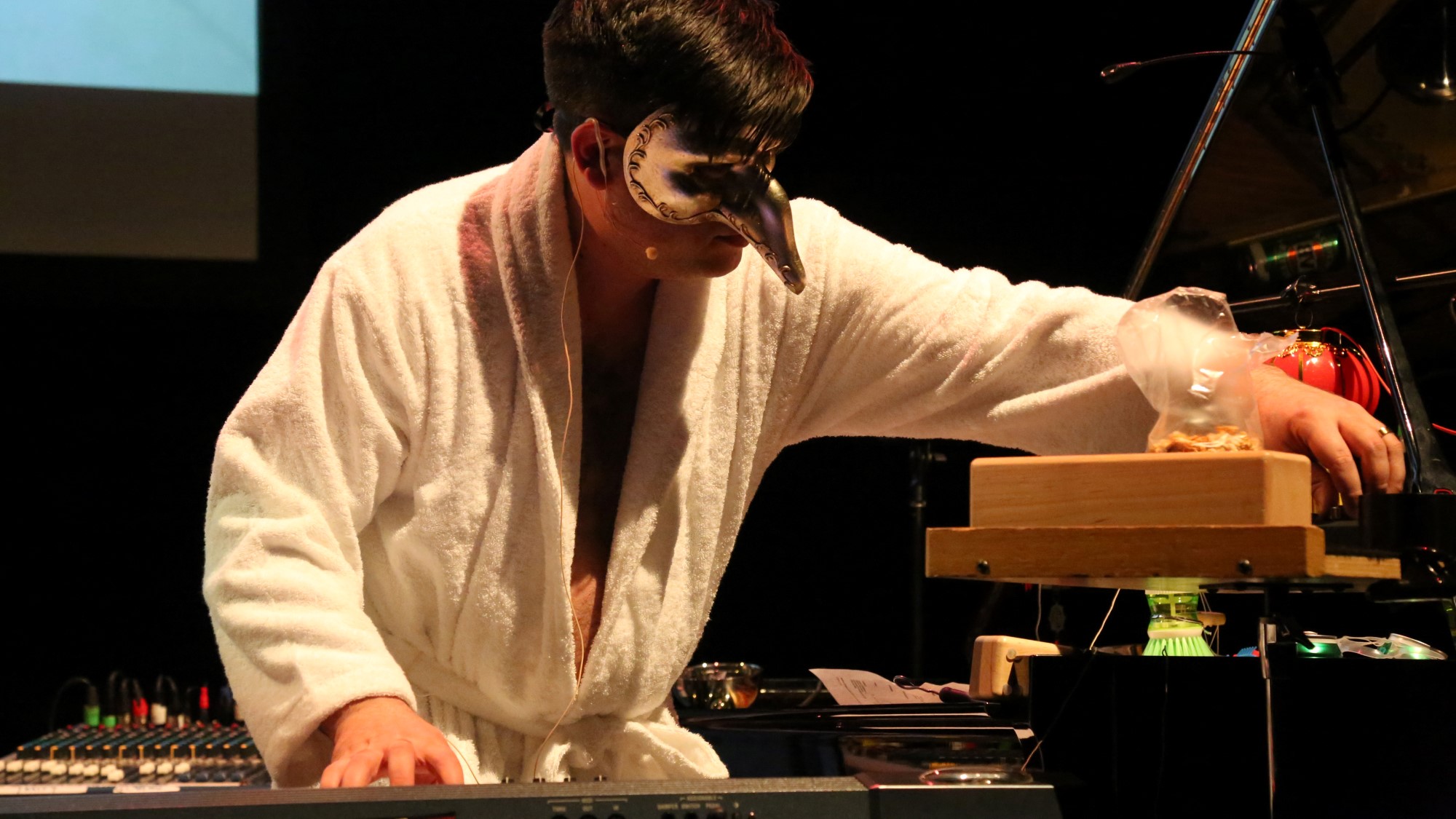 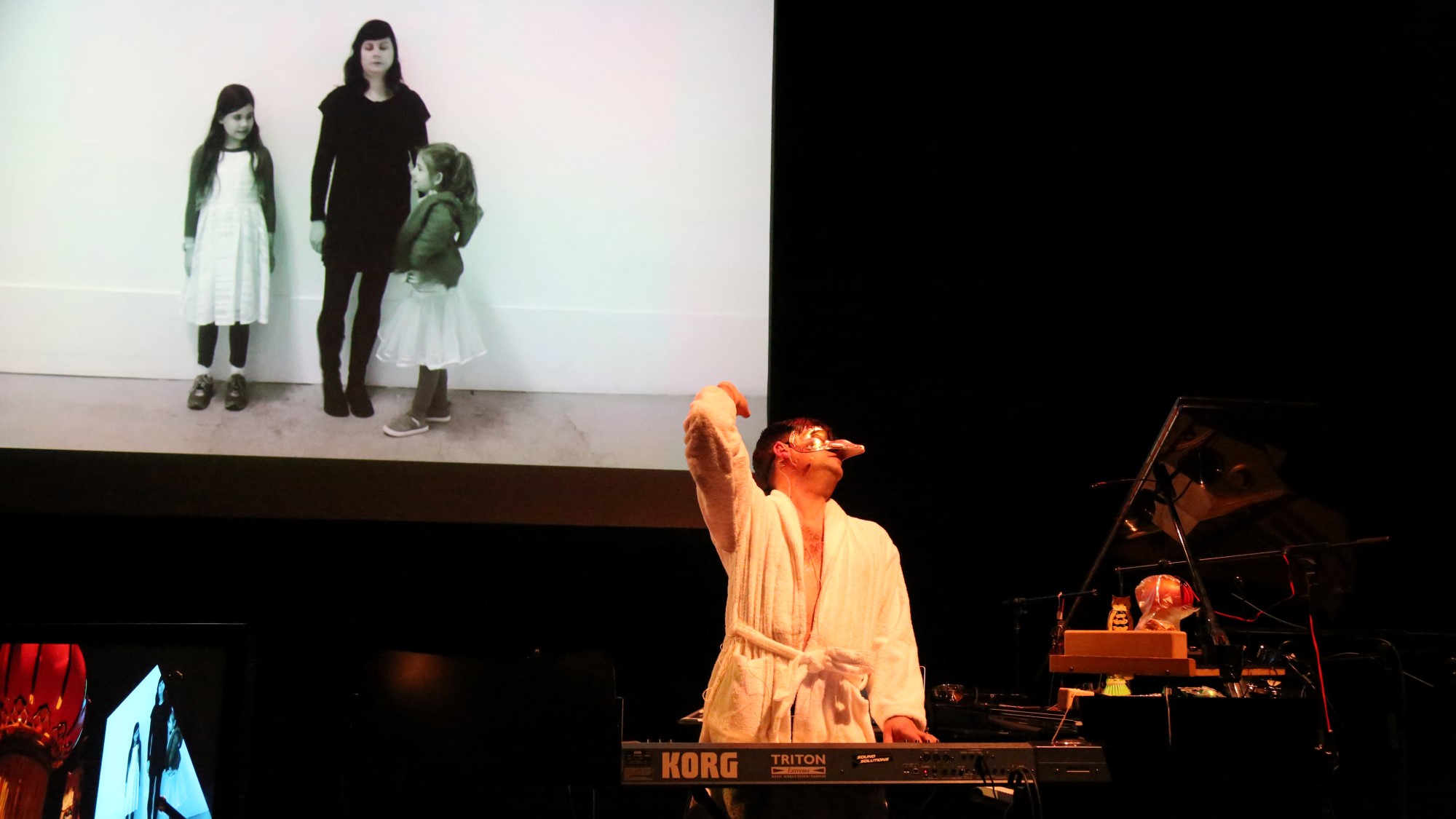 Le Scatterman fails to pick up the kids and leaves them and their mother hanging. While they wait Le Scatterman entertains the audience with carousing and various numbers before ‘working from home’.

When working from home Le Scatterman learns that his ex might have moved on — without him.

In an era of re-imaging gender and the role of the modern male, many men are reshaping themselves. For some the task is almost incomprehensible. This imagining can be as hilarious as it may be daunting or unachievable.

In Le Scatterman we can see ourselves: creatures of gender, habit and desire trying to keep it together. The role of Le Scatterman is played by leading Australian composer and musician James Hullick. Structured around an array of Hullick’s genre-bending songs, music runs throughout the production.

The show Le Scatterman sits within Hullick’s Epic Topias Cycle. Similar in some regards to Wagner’s Ring Cycle, Epic Topias is a cycle of mythic sonic media productions that tell of the interaction between Le Scatterman’s family and first contact with alien travellers.

The many productions within the cycle are being performed in Australia and abroad in 2020 and 2021. Le Scatterman rides upon Hullick’s formidable array of talents: singer-songwriter, pianist, guitarist, electronic sound artist, comedian, video artist, actor, author, bullshit artist and all-round show-boater. Hullick is a creative force of nature. While Hullick as Le Scatterman is the only ‘live’ performer in the work, several characters appear on video and in audio.

“Hullick’s “Scatterman” presented a non-linear narrative tied by his solo performance as a delusional artist going through a personal and family crisis. The audience followed Hullick as he talked to himself, gesticulating and staggering around a couch or playing a prepared piano while opening one beer can after another. Before launching into a drunken rendition of Arlen’s “Over The Rainbow”, he addressed the audience to talk about the dead of his mother: “here in Brisbane, at Subiaco beach where she was taken by a crocodile”. The uncouth antics are contrasted by candid images of his family and an undertone of failure pervades the character’s indulgences.  According to the composer, “Scatterman is not a show or a composition”, it is concerned with the self-defeating idea of seeking the perfect life: being the perfect husband, mother, child, society or artist.

As distancing as his performance might seem, Hullick’s kept the engagement with a well-timed use of sounds, visuals and a strangely heartfelt portrayal of a lost man. It brought to mind the attitude of Fluxus artists who consciously avoided an entertaining or edifying component to their works, rather they sought to bring a stimulus in the audience. The piece certainly invites for reflection on topics such as gender, self-awareness, the composer – audience relationship and artists battling the cultural cringe.” Cool Perth Nights, 2016.