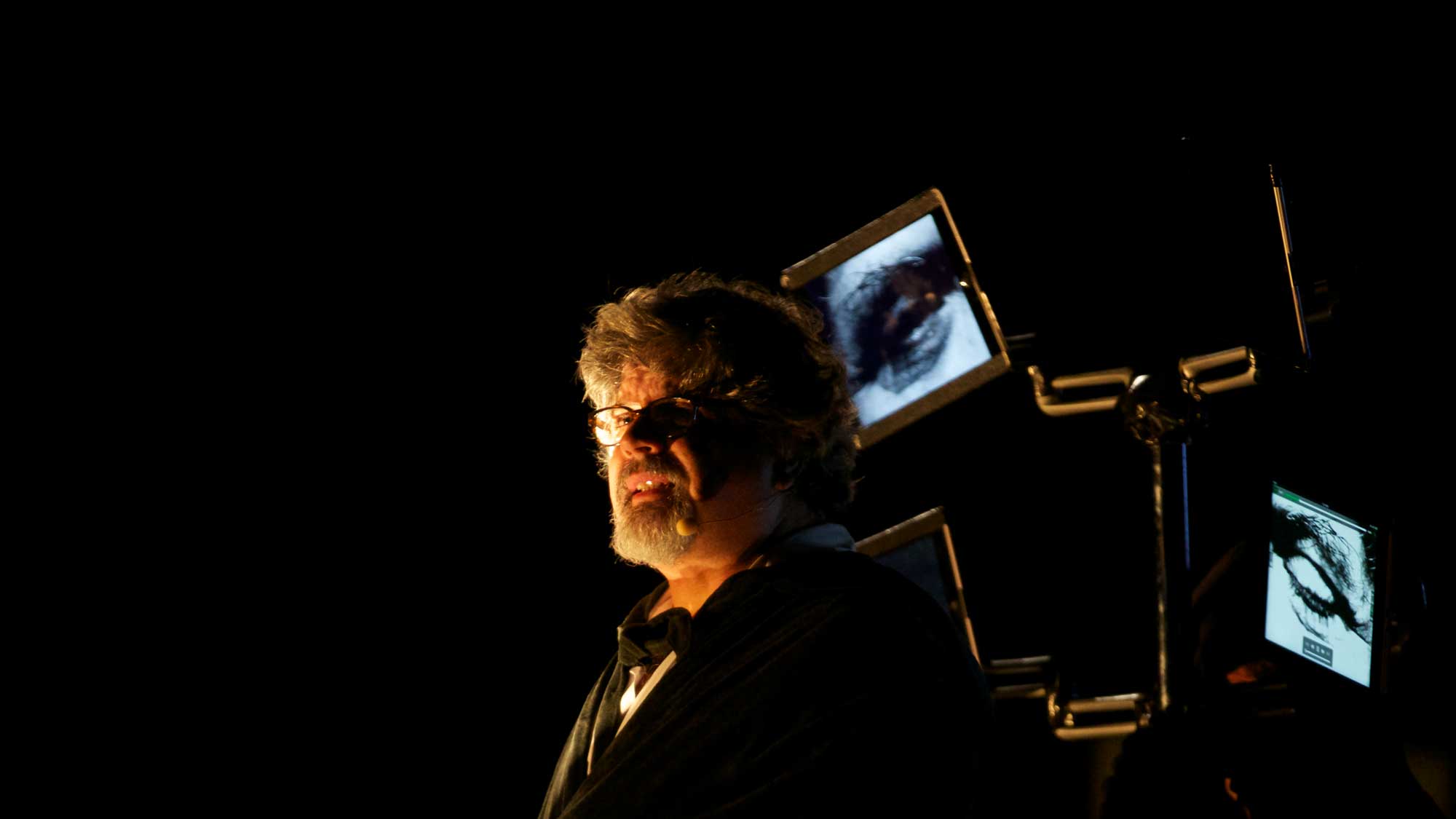 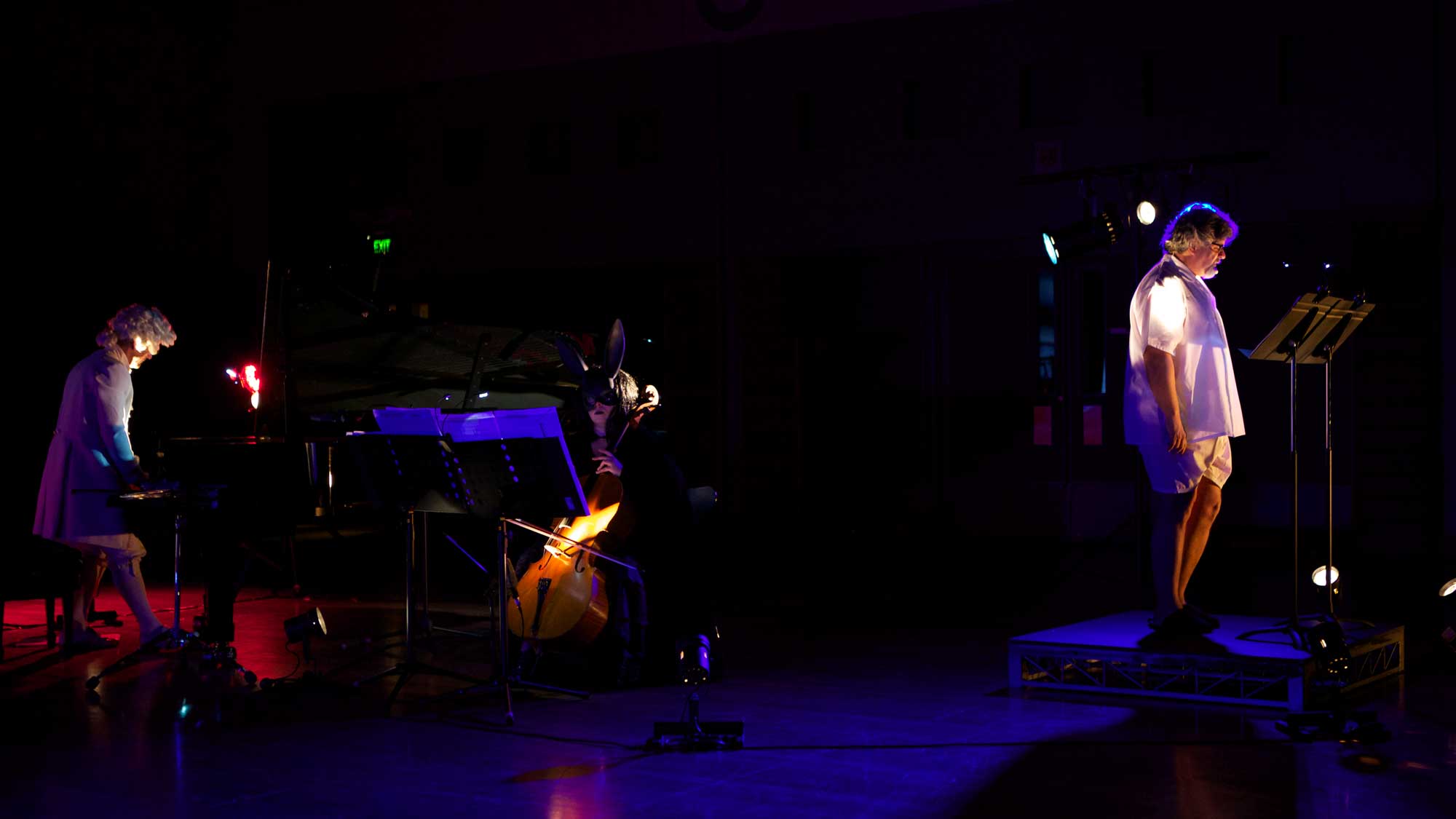 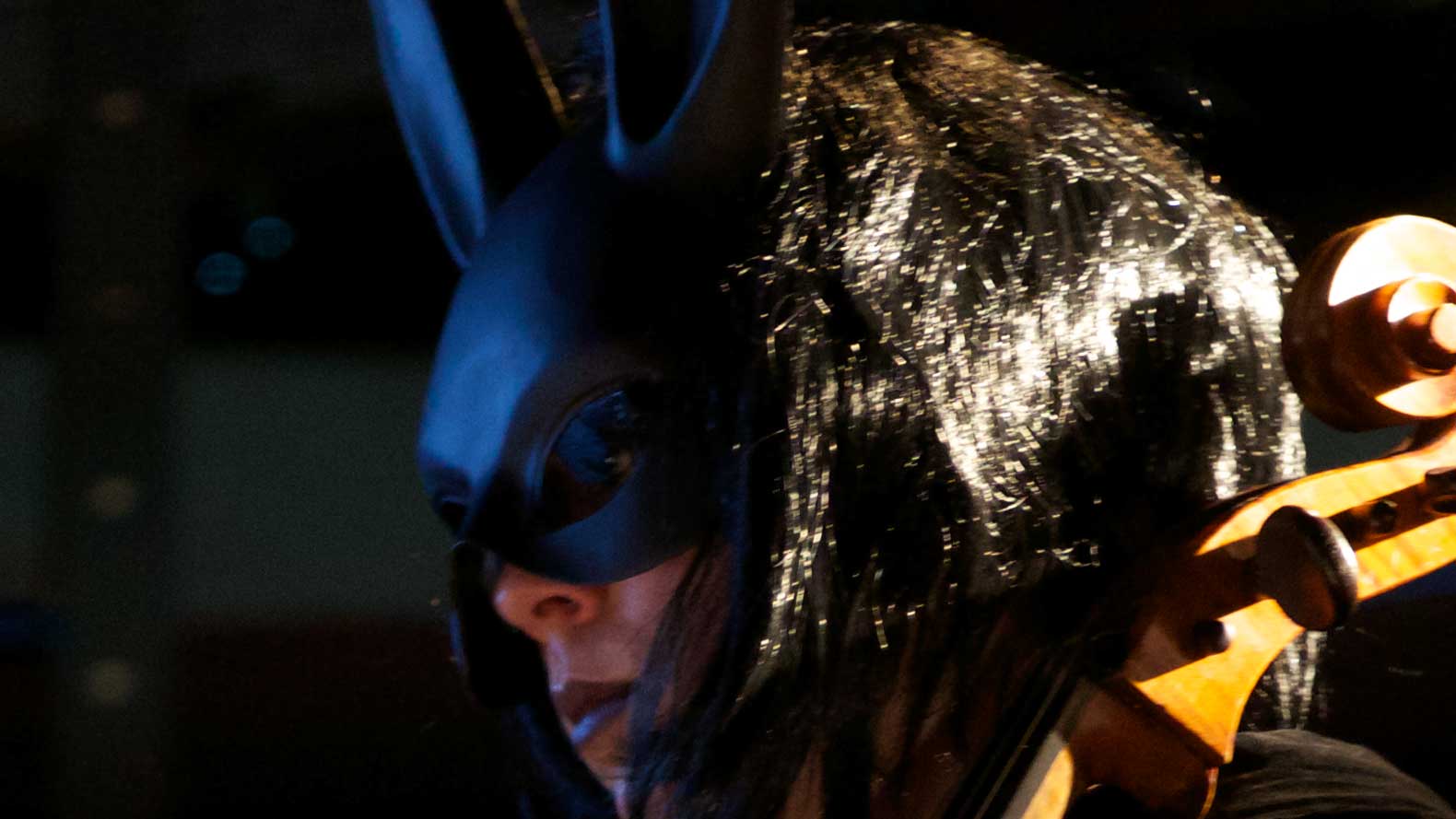 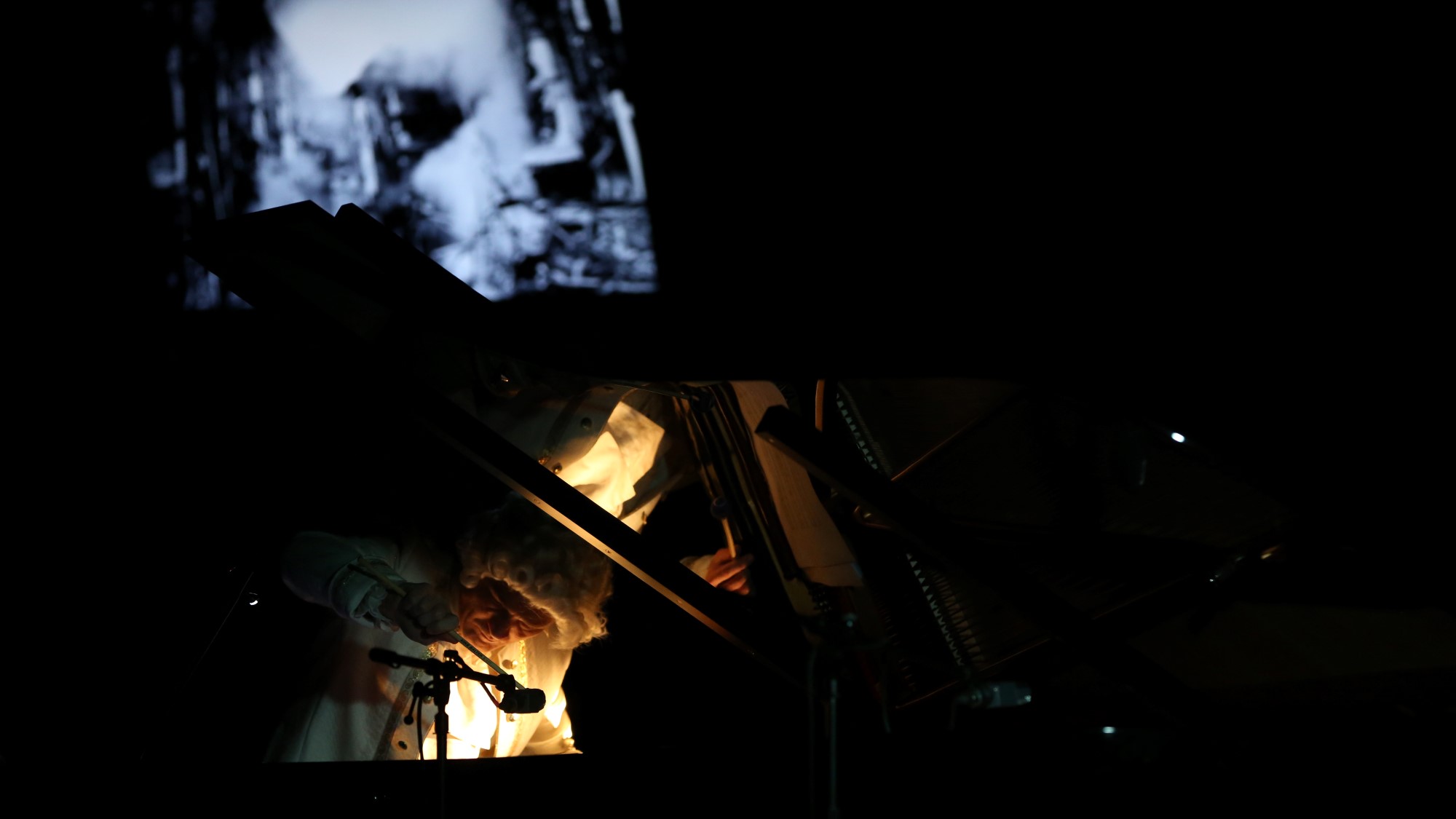 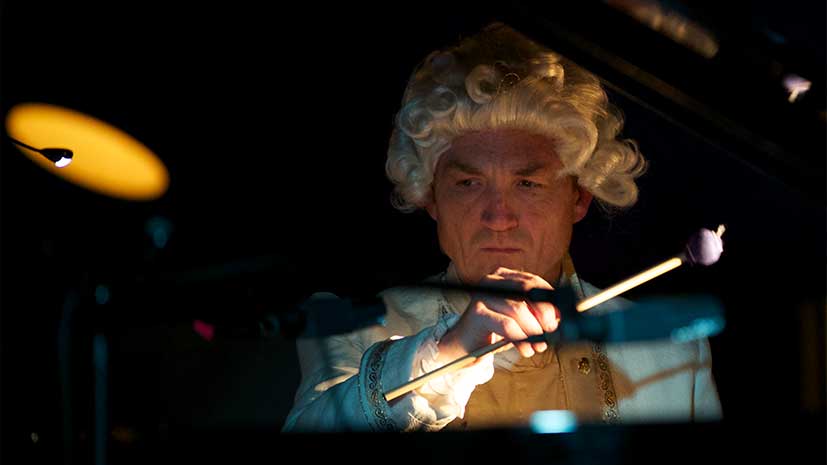 Out of grim and perilous darkness, a lone figure emerges: a survivor of some global collapse, tormented by a cruel final dilemma — must he eat his wife? Luminous flashes of video animate his broken existence, as he pedals furiously to screen old home movies scavenged from the wastes. Punctuated by a minimalist musical score of baritone voice, piano and cello, the tragedy of his tale gradually takes ominous shape; this is the way the world ends – not with a blinding flash or rain of fire, but a slow fading of the light.

Heavily influenced by the formal German lieder song and Japanese Noh theatre traditions, the full presentation of this haunting work made its premiere at Melbourne Festival 2013.

“In the programme notes, the translation for the word Bruchlandung is “crash landing”. This is as good a description as any for the audience’s initial experience of this experimental and challenging work. The plot centres on the unnamed protagonist’s existence in some ill-defined post-apocalyptic land. There is one decision that the protagonist, voiced so committedly by Guillermo Anzorena, must make. But really, any plot or narrative through-line is secondary to the performances of the piece’s three musicians.” Broadway Baby, 2014.

“a highly reduced transparent psychogram, that shocks as much as electrifies the listener.” Reutlinger Nachrichten, 2007.