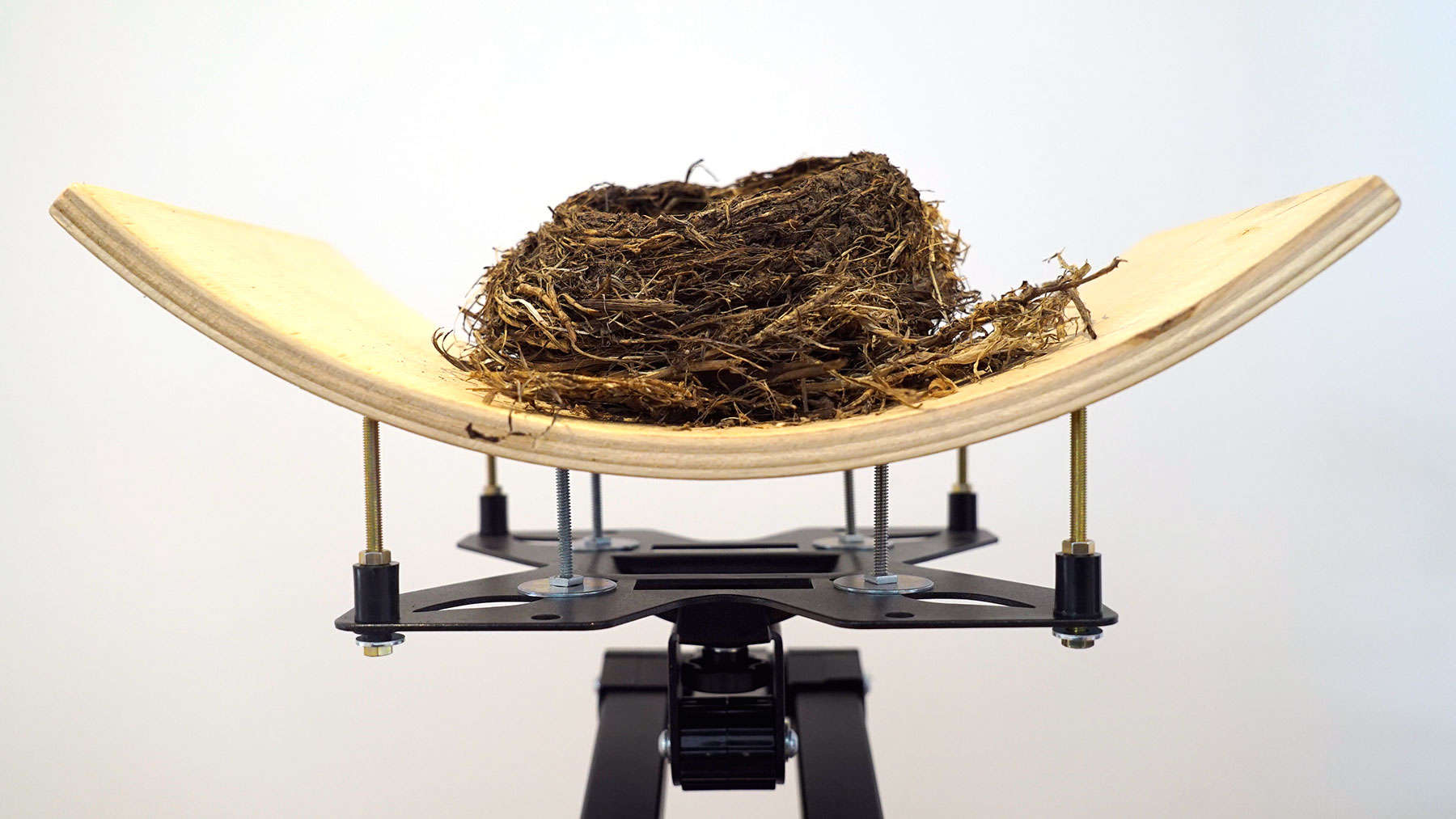 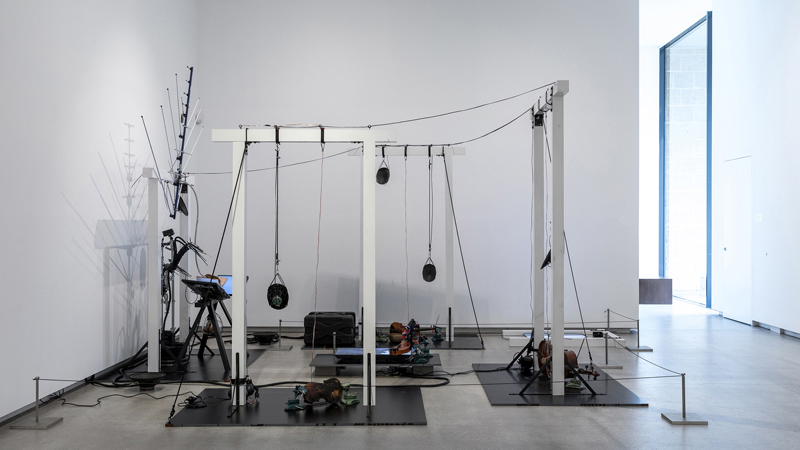 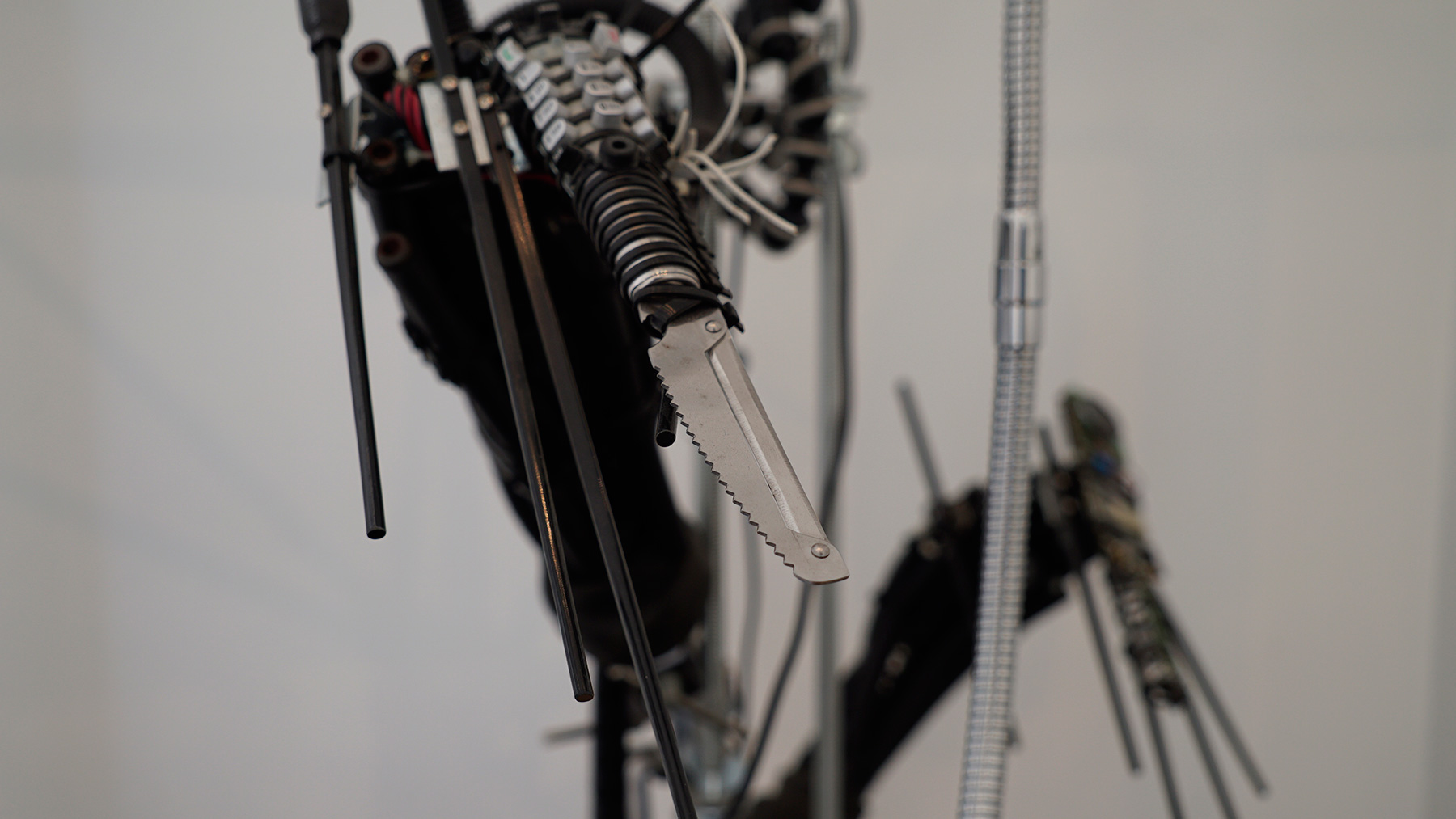 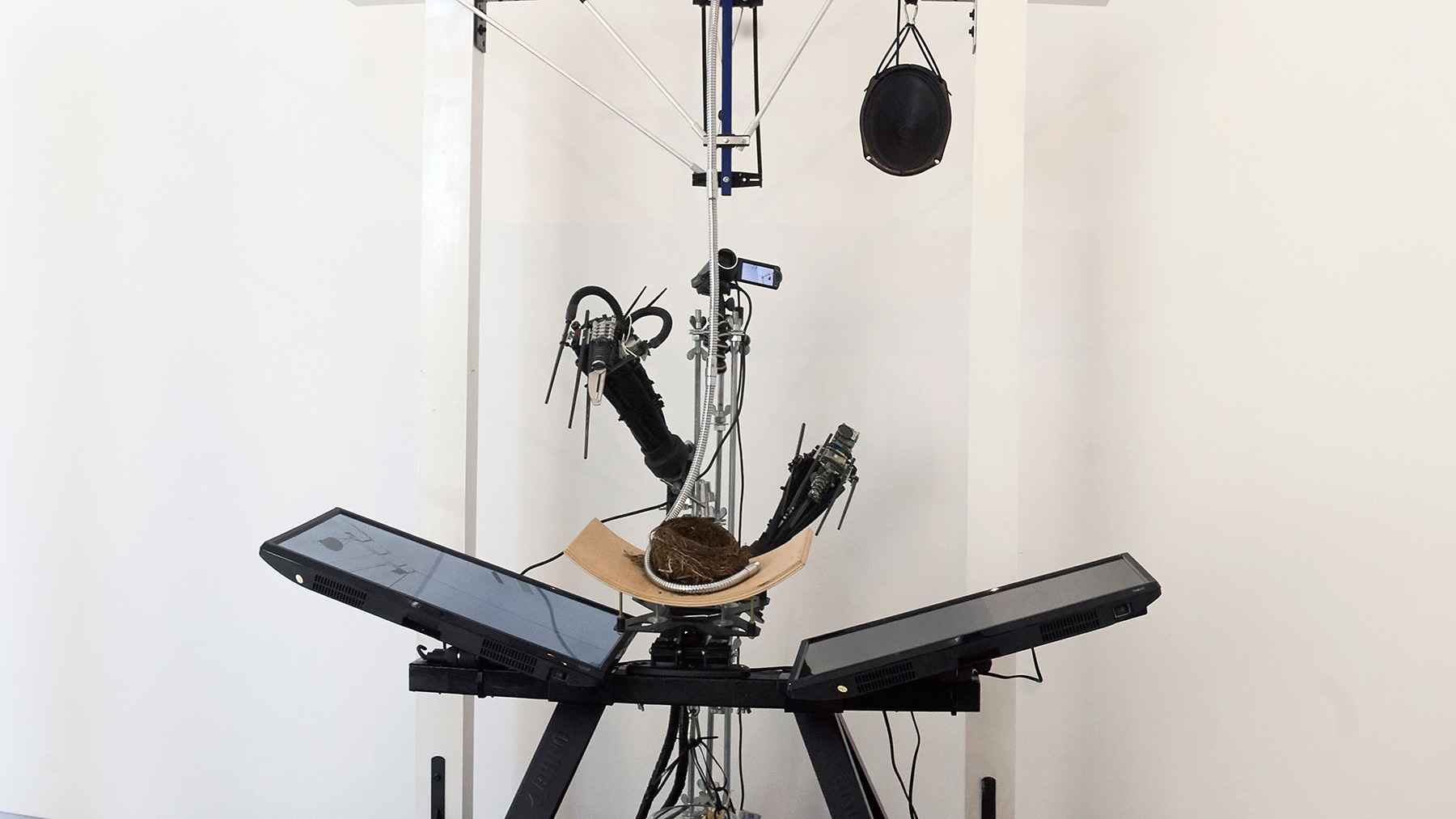 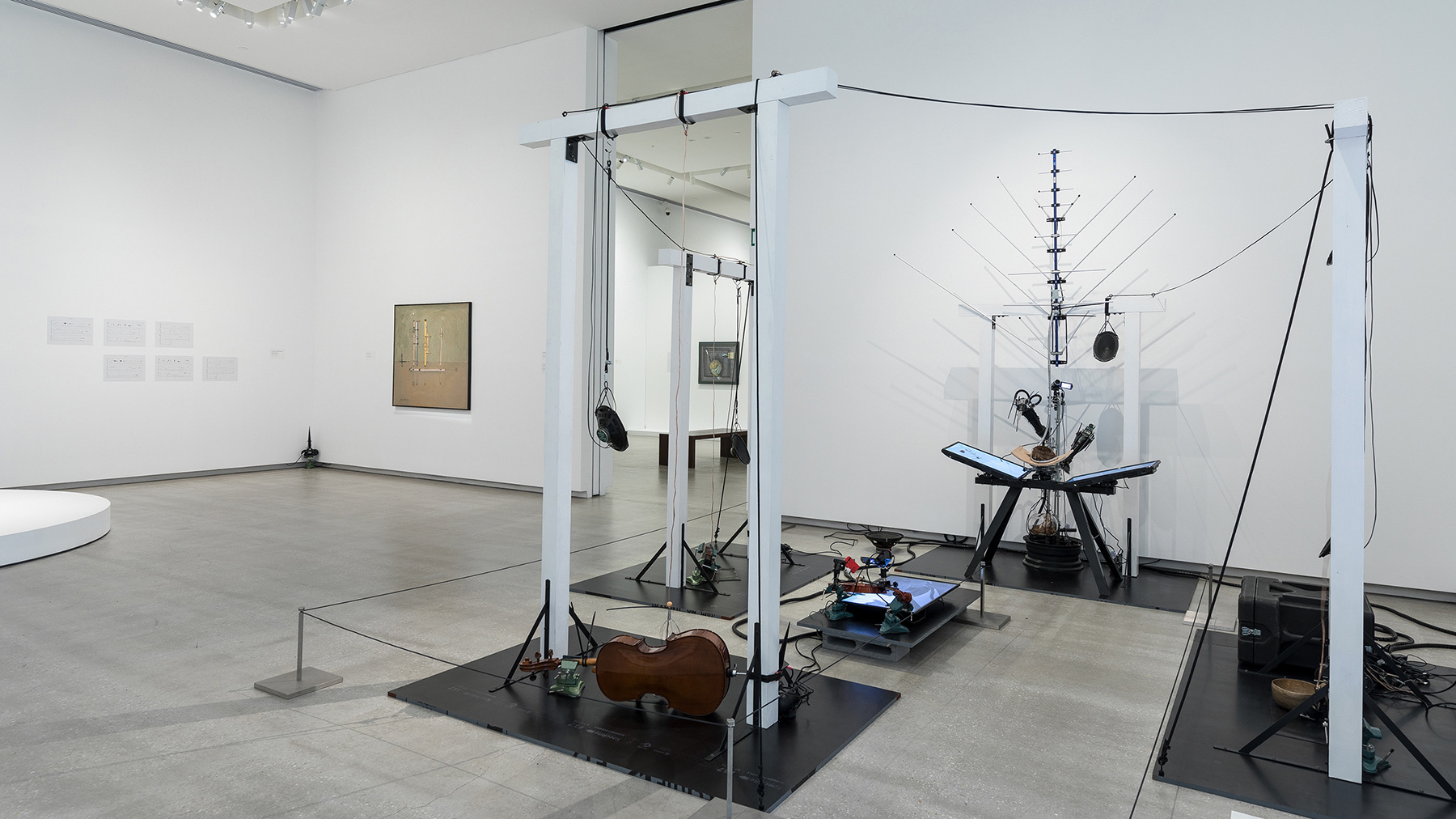 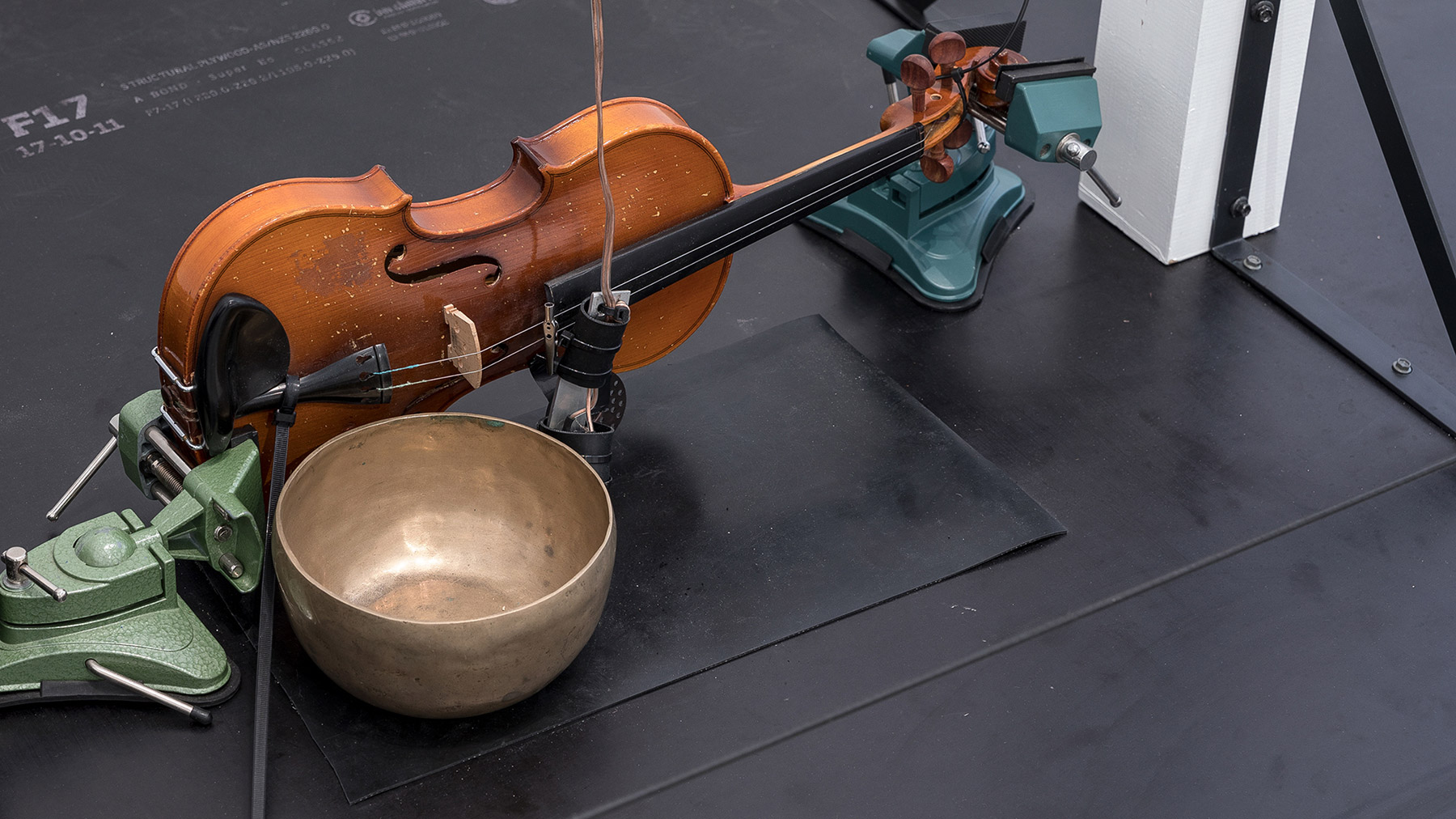 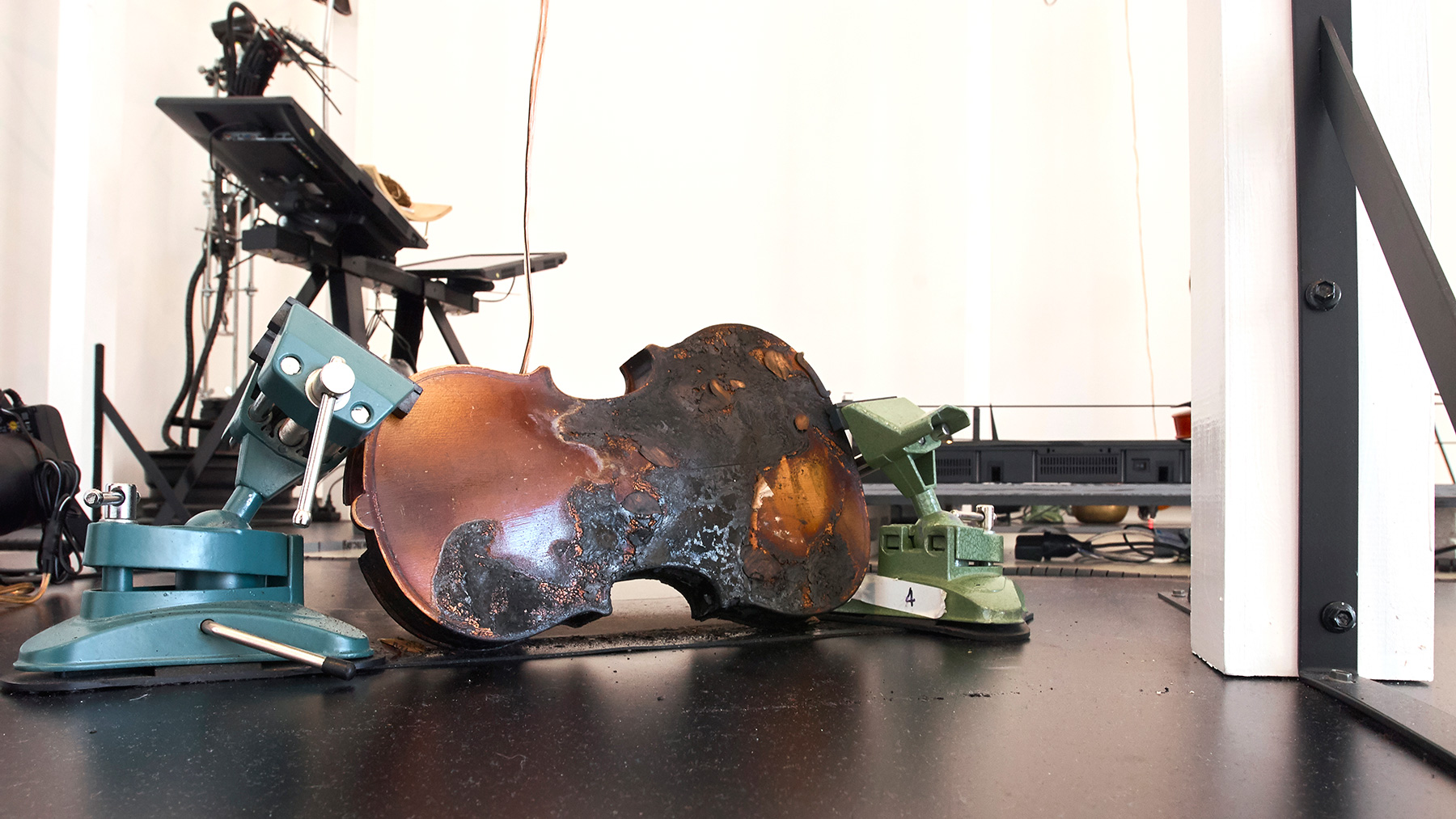 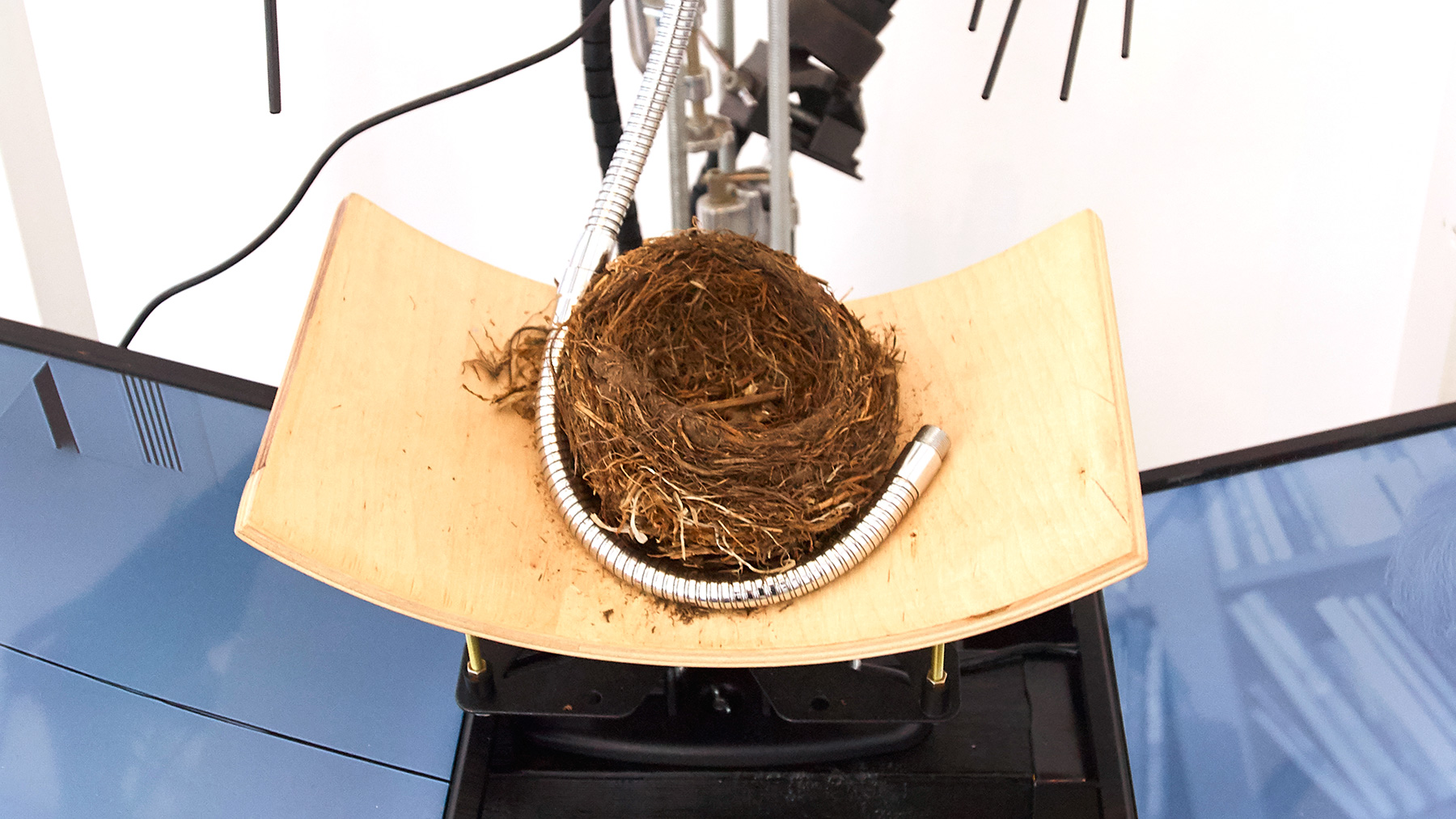 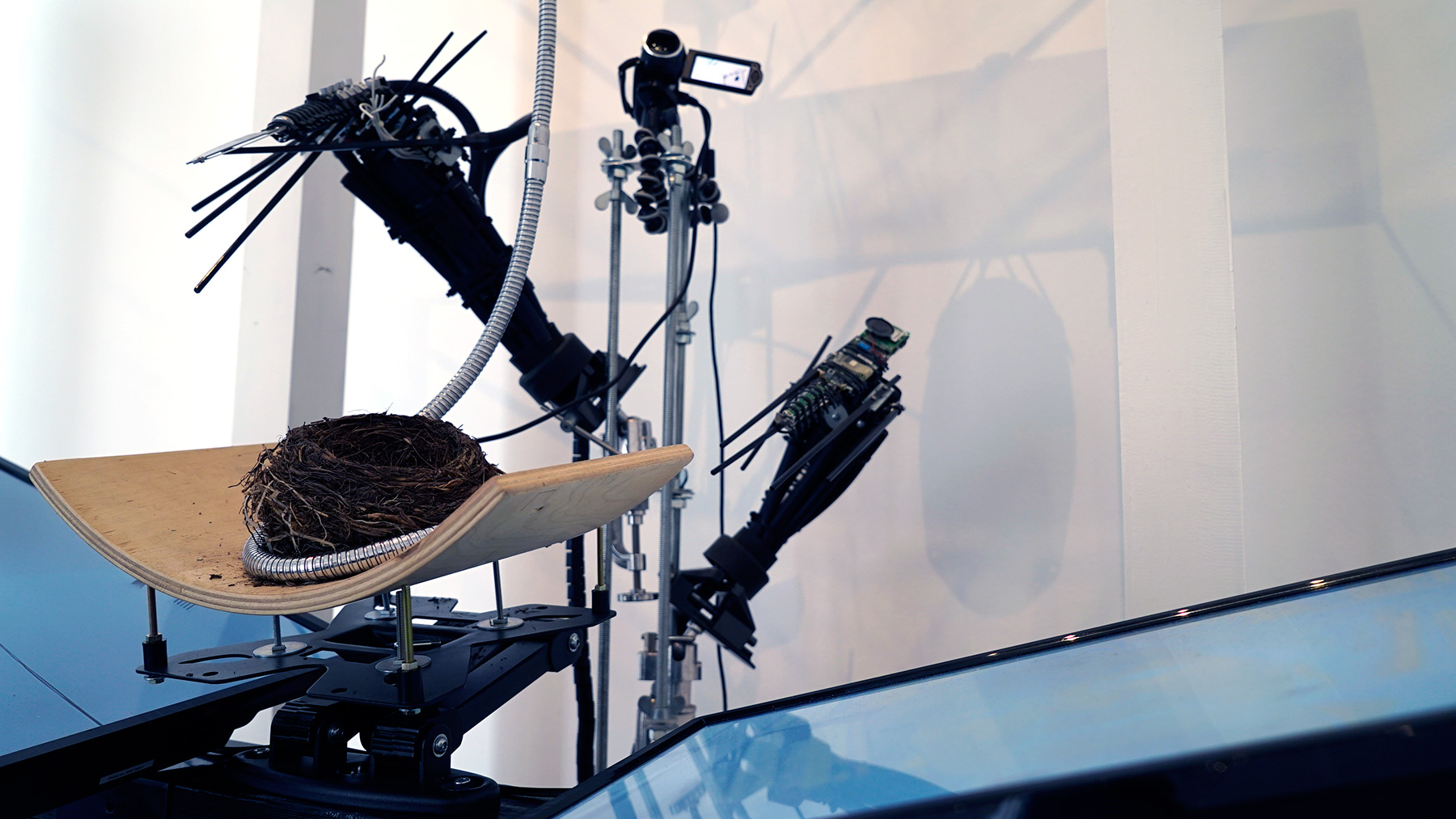 THE ARBOUR OF DOORS

According to the Oxford Dictionary, an arbour is ‘a shady garden alcove with the sides and roof formed by trees or climbing plants trained over a framework’. It is associated often with repose – a place of slumber, a place of dreaming – as with Titania’s arbour in Shakespeare’s A Midsummer Night’s Dream.

This work involved engaging with the community of volunteers at TarraWarra Museum of Art, resulting in readings of the poetry of Edwin Tanner by the volunteers being a feature of the work. Edwin Tanner (1920-80) was a leading Australian artist – referred to as a Mathematical Expressionist.

Indeed, the resulting work that became The Arbour of Doors and also The Orrery of Human Desires (both shown at TarraWarra Museum of Art) emerged through the communal discussion about the works of Edwin Tanner led by the museum’s curator Anthony Fitzpatrick.

Echoes. Reflections. Reverberation. These are ways by which sound occupies space. From the diminishing trail of repeated sonic shards to the smeared aural patina which diffuses a sound’s sharpness, space is the material means by which sound traverses time. While these terms aptly describe phenomenal aspects of sound and music, they also function as complex metaphors for how painters have visualised in the world around us. Their intuitive and clinical investigations collectively moved past the obvious replication of mimetic codes. Echoes, reflections and reverberation are like the after-images, disorienting depths and focal collapses of painting’s incremental lean toward abstraction.

Can music exist in a gallery space? If the answer is no, it is because a composed piece of music cannot reside on a wall or plinth. By sounding, it occupies space, bleeding throughout the gallery and refusing any fixed point of origin. In this sense, music is the anti-matter version of a painting’s delineated frame or a sculpture’s fixed form. As a gallery visitor, you are outside of the artwork—but you are inside the diffused music as you traverse the gallery. No wonder the preceding century of installation art aspires to this condition of music. One could even suggest that the expansionist programme of installation art is a catalogue of formalist metaphors for sono-musical phenomenae. But if the answer is yes—that music can exist in a gallery space—then it is bound to put a frame around its performance, presentation and/or playback. Walking around a gallery while engaging with sono-musical content implicates the auditor in reigning in and delineating the music’s occupancy of the gallery.

This nexus between ontological query and cosmological pondering has grown since mid-20th Century abstraction dominated the discourse of painting and music. Through their expanded practice, each shared vocabularies: space was orchestrated, planes were composed, elements were figured. Abstractionist impulses guided many painters and composers of the era who imbued their formal explorations with a sense of how their experiments related to ‘the bigger picture’. And there was no bigger picture than ‘the big bang’—a further indication of how acts or representing the world from this point would be merged with acts of ‘sonorising’ the world. If the 19th Century forwarded a pastoral notion of the world—expanding landscape through impressionistic detailing, and melody through instrumental colouring—the 20th Century proposed a cosmological view. What was once the stable relationship between the world and where one stood to view it, had now become a doubtful and skeptical assertion of self, time and space. Was an artist painting a bowl of fruit or an assemblage of momentarily clustered atoms? Was a composer writing a quaint melody or structuring a series of macro and micro physical vibrations?

Composer James Hullick dives into this multi-media miasma following an invitation to respond to the work of artist Edwin Tanner. James has centred on two works of Tanner’s: Odd Man Out (1964) and Operatic Aria (1960), each emblematic of the artist’s stylistic and symbolic concerns. As is evident in the quasi-Surrealist drafting of much of his paintings, Tanner’s background in engineering is echoed in the strange diagrammatic appeal of his visuals. Many paintings could be fantasias of mechanical constructs in the tradition of Francis Picabia and Umberto Boccioni. His work often merges two dimensions: the depicted physical realm, and the analytical overlay that explains physical forces.

James’ choice of Tanner’s works seems apt: Odd Man Out’s sequence of boxes resembles schematics for a modular analogue synthesizer system, while Operatic Aria evokes a construction of flute-like contraptions not unlike something concocted by composer and instrument-builder Harry Partch. Each seems to explain as much as it describes. Notably, as Tanner was idiosyncratically generating forms and objects born of engineering possibility and painting poetry, new and experimental music was concurrently considering how traditional instruments could be reimagined, re-invented, and re-engineered.

James’ Abour of Doors (2018) riffs off Tanner’s employment of doors as a symbolic motif (such as Three Doors, 19??). For the TWMA premiere of this work, James’ realization of the installed work eventuates through an improvised in-situ adornment of mechanical miscellany upon five pre-fabricated doors. Utilizing a compositional method similar to the performative process-constructs of James’ earlier work Created + Cremated (2017 – installed at Footscray Community Arts Centre), he approaches the logistics of sculptural formation by thinking as a composer-performer-improviser. It’s a fascinating response to the legacy of so many painters who have thought in terms of musical performativity. The resulting arbour formed by James’ doors is sonically activated by miniaturised motors, plus the soft voices of TWMA invigilators reciting some of Tanner’s poetry.

Orrery of Human Desires (2018) effects a strong dialogue with Tanner’s peculiarly grounded view of the cosmos as imagined under Southern stars. James has constructed his orrery from plain copper materials, plumbing components and Lazy Susans, all purchased from hardware suppliers. Three primary ellipses are enabled through rotating arcs outlined by long copper pipes on horizontal planes, each terminated with a tiny tweeter. As these miniature orbs rotate, they emit a multi-track recording of a score for voice, composed by James and performed by him and Justine Anderson. An additional 4th tweeter rotates from a fixed vertical axis at the orrery’s centre. Tanner worked on the Snowy Mountains Scheme (Australia’s famous hydroelectric irrigation system in New South Wales) and it is not too far-fetched to liken some of his paintings’ landscape perspective to the type of psycho-geography his painter’s eye saw (as in Water Power Engineers, 1954). Orrery of Human Desires sonically materializes—in physical proximity to Odd Man Out—Tanner’s attraction to energy flows, transference models and switch systems.

TARRAWARRA MUSEUM OF ART
12 May – 15 July 2018
Curated by Anthony Fitzpatrick.

This project has been assisted by the Australia Government through the Australia Council, its arts funding advisory body. This work was partly commissioned by TarraWarra Museum of Art.